Turtle Beach has announced that its Titanfall branded Atlas headsets will be hitting retail stores on the 14th of March, the same day the game releases in the UK. This will also be Turtle Beach's first headset with out of the box cross platform compatibility with the Xbox One, PC, Xbox 360 and even mobile platforms.

Bob Picunko, Chief Marketing Officer at Turtle Beach said: “Turtle Beach is honoured to work with the talented teams at Respawn Entertainment and Electronic Arts to create headsets for fans of Titanfall. We are looking forward to working with our retail and distribution partners to support one of the biggest next-gen gaming events of the year.” 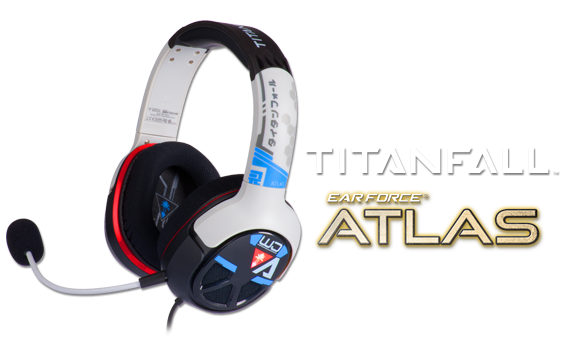 The headset will make use of  high performance 50mm neodymium speaker drivers to deliver an immersive sound experience. The headset will also feature Turtle Beach chat technology which will ensure clear chat audio and microphone quality. The microphone will be detachable and users will be able to turn the ear cups for extra comfort when wearing the headphones around the neck. However, the headset will come with a pretty hefty price tag of £119.99. The Atlas was previously announced for an 11th of March release with a slightly higher price tag of £139.99, so while the peripheral is still pretty expensive, it has come down in price a bit in time for release.

KitGuru Says: Titanfall is only a week away, if you also happen to be in the market for a new headset, then this one may be worth a look.