Asus has released some fantastic monitors in its time and it seems that many people agree as according to a report, the company currently holds a massive 40 percent of the gaming monitor market worldwide.

This information comes from an unnamed supply chain source speaking with DigiTimes. The source estimates that in 2015, worldwide monitor shipments reached 800,000 units if not more, with Asus accounting for 40 percent of that number with strong sales in the US, Europe and Taiwan. 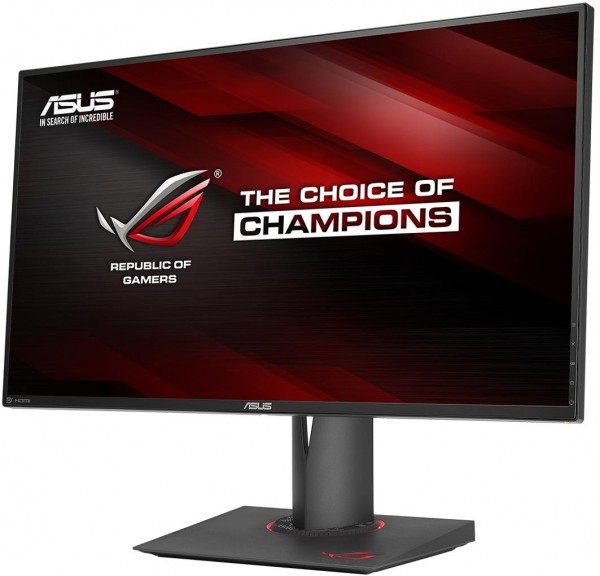 A lot of this could be down to the strong ROG Swift line of monitors. The original ROG Swift 1440p/144Hz monitor launched back in 2014 to positive reviews and went on to be very popular amongst gaming enthusiasts. At the end of 2015, Asus went on to expand the line, with three new ROG Swift monitors.

Right now, alongside the original ROG Swift PG278Q 144Hz panel, Asus has also launched the Asus PG279Q, a 2560×1440 IPS panel running at 165Hz with G-Sync technology and the Asus ROG Swift PG278Q, a 4K IPS panel with G-Sync. There is also an ROG Swift 34″ ultra-wide offering on the way, with a 3440×1440 IPS panel running at 100Hz. While the 1440p and 4K panels are already available, the ultra-wide is currently up for pre-order at Overclockers UK and should be available during Q1.

KitGuru Says: Asus has a strong track record when it comes to gaming monitors and that appears to have reflected well in worldwide sales. Do any of you currently use an Asus monitor? Are you happy with it?