Samsung has been growing the number of displays it sells over the last few years, adding professional-grade and gaming monitors to its line-up. Now, Samsung is attempting to add another category to its list – Smart Monitors.

Samsung's Smart Monitor range is expanding this week, with a new 43-inch 4K M7 model and a smaller, 24-inch M5 model with 1080p resolution. The key thing that sets these monitors apart is the introduction of Smart TV technology, powered by Samsung's own Tizen processors. 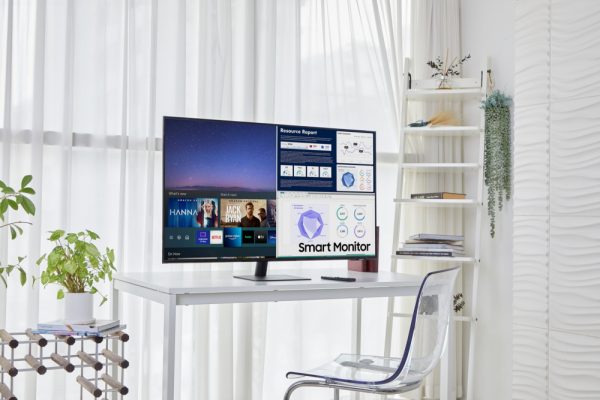 Samsung wants these to be “do-it-all” displays, good for work, gaming and general entertainment, which will be accessible through a Smart TV style UI with support for apps like Netflix and Amazon Prime Video. These Smart Monitors also feature apps for remote desktop connections and productivity apps like Microsoft Office. This functionality essentially turns the monitor into its own all-in-one computer.

KitGuru Says: The lines between PC monitors and TVs has been getting blurry over the years. What do you think of Samsung's ‘Smart Monitors'?