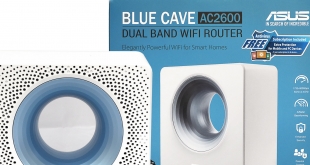 Most WiFi routers are meant to be stuffed in your study, out of sight – so not much thought will have been given to how they look. The ones that are intended for public view are usually aimed at technology lovers. But with the Blue Cave, ASUS wants your router to be much more of a home appliance you can be proud of and show off. In fact, it seems to have taken a design cue or two from Dyson.

Where most WiFi routers bristle with antennas, the Blue Cave looks more like a small mini speaker, or Dyson's bizarre fan, with the eponymous cave a blue illuminated hole in the centre of the device. Things are a bit more router-like round the back, but the front would look fine on a shelf, so long as you can obscure the power and network cabling at the rear. 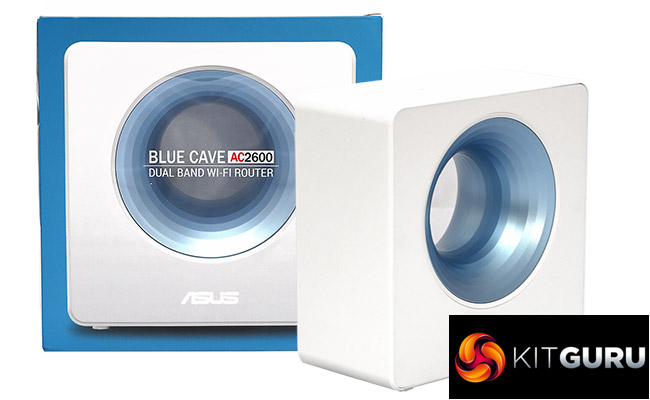 Despite its consumer-oriented appearance, the Blue Cave is a well specified piece of hardware. It has an AC2600 dual-band rating, made up of 1,734Mbits/sec of 5GHz 802.11ac and up to 800Mbits/sec of 2.4GHz 802.11n in TurboQAM mode, or 600Mbits/sec in regular mode. This uses a 4×4 internal antenna configuration. The underlying hardware sports 128MB of Flash memory and 512MB of RAM, although ASUS doesn't divulge what the processor is.

Often, “designer” products sacrifice physical features for looks, but the Blue Cave isn't lacking anything significant. It still has a four-port Gigabit Ethernet switch, plus a fifth Gigabit Ethernet port for the broadband WAN connection. There's also a single USB 3.0 port for storage and printer sharing. ASUS claims this is a router for the “smart home”, with support for Amazon Alexa and IFTTT.

So the Blue Cave stacks up well against its more soberly dressed competitors, and at £190 you're not paying for the design flair either. On paper, there's no downside to having a router that looks like it might be luring you to another dimension. So let's take a closer look at the details.