Crytek is in a state of flux at the moment, following on from poor sales of its Ryse: Son of Rome on the Xbox One. It’s had to underpay staff, sell of franchises and shut down studios, but it’s still kicking, hoping to bring itself back to the fore of game development with Arena of Fate, a MOBA powered by – of course – the beautiful CryEngine.

From the get go, the gameplay and map will seem somewhat familiar to anyone that’s played a MOBA like DotA 2, or League of Legends before. There’s clearly defined paths between areas, brush to hide in and singular heroes marching about, whacking each other and creeps with abilities and basic attacks. There’s also towers, bases, neutral mob camps and characters have health and mana bars. Even the layout of the UI looks familiar.

We do however learn that matches are a maximum of 20 minutes and feature characters from mythology and fairy tails, rather than just the imagination of the developers. On our first declared team, is Robin Hood, Achilles, Richard the Lionheart, Alice (from Wonderland) and Little Red Riding Hood are steadfast companions. 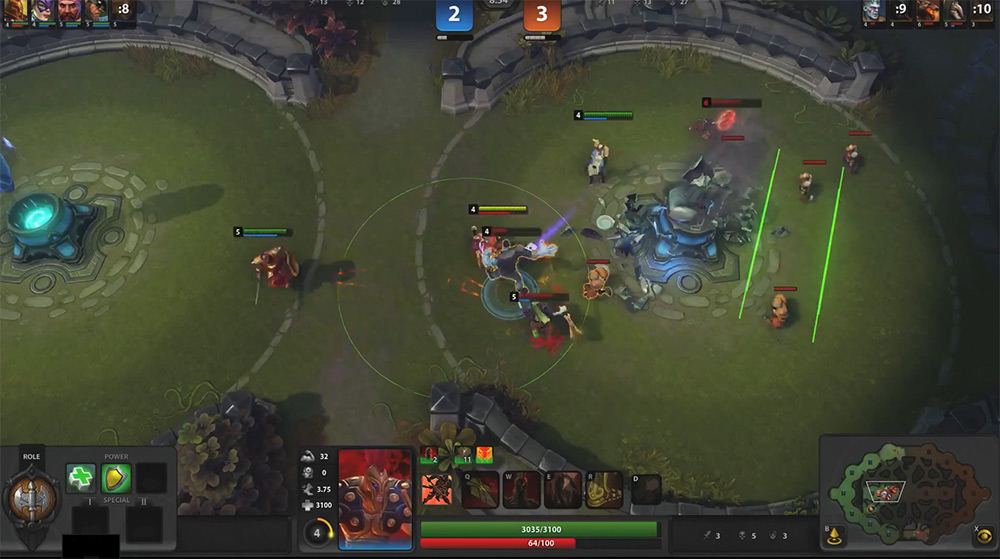 The emphasis on this map seems to be on team fights, as we see most of the combat taking place in a central location. The game is also endable in a number of different ways, including the traditional ‘destroy the base’ way and by outscoring your opponents over the 20 minute time period.

Arena of Fate is still in development, but you can sign up for the beta here.

KitGuru Says: It must be said, the game is very pretty – though the ability animations seem a little bland – but it’s hard to see something here that you couldn’t get with any of the other numerous free to play MOBAs out there.