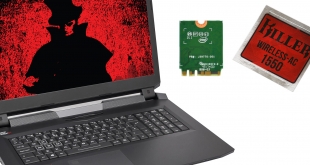 In the early days of WiFi, routers often came with their own adapters to take maximum advantage of proprietary performance or security enhancements. But for at least a decade, since Intel's Centrino campaign, we have made do with whatever WiFi came in our notebooks, which is often of variable specification. Rivet Networks' Killer range, however, has forged a niche for itself where gamers can obtain better performance from products incorporating its networking technology. Latest in this line is the Wireless-AC 1550.

The key attraction of the Wireless-AC 1550 is that it uses its Intel WiFi chipset to provide support for 2 x 2 antennas and 160MHz-wide channels. This means it can theoretically offer the full 1,733Mbits/sec afforded by a 2 x 2 antenna configuration and 5GHz 802.11ac, which is more than wired Gigabit Ethernet. Killer claims that real-world throughput of 1.3Gbits/sec is attainable.

Of course, this relies on your WiFi router also offering 160MHz channels and a 2 x 2 antenna configuration, but a number of high-end options do. 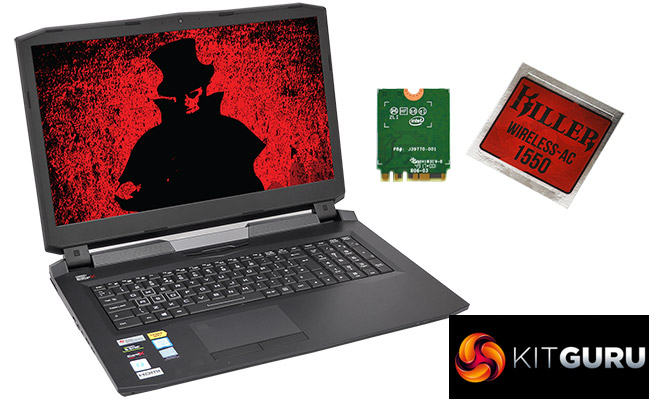 It's not all about the hardware, either. Killer enhances its networking adapters with Control Center software that allows you to prioritise some types of traffic over others. It also provides WiFi analysis tools, as well as other settings for tweaking performance and behaviour.

We looked at the Wireless-AC 1550 pre-installed in a monster Octane V notebook from PC Specialist, but you can also purchase an adapter in M.2 format for about £40 if you want to upgrade an existing laptop. We used a Linksys WRT 32x Gaming Router for feature testing, but also tried out a NETGEAR router that offers the requisite 160MHz channel support for performance assessment. So let's find out if the Rivet Networks Killer Wireless-AC 1550 gets away with murdering alternative WiFi systems.