Although the home NAS isn't something that everyone finds a use for, the most popular for those that do, is the two bay version, as it's cheaper, more compact and more in-line with the type of storage space most people need from a network backup drive. Synology's offerings in that area however, have been lacking a few key features like USB 3.0, so it's about time it released an update. That is what today is all about: meet the DS215J, the DS213J's replacement.

Featuring a brand new, MARVELL Armada, dual-core, 800MHz CPU and 512MB of RAM, this NAS has an improved write speed of almost 20 per cent over its predecessor and is more connected than ever. Like its older brother, it features USB 2.0 and gigabit LAN connections, but it also comes with a USB 3.0 port for those large files that you just want to grab and go. 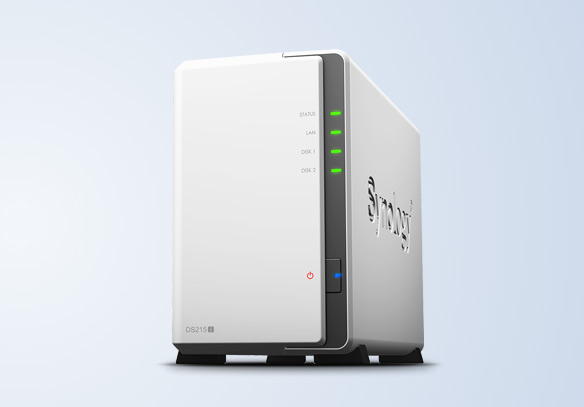 As before, it also supports Synology's DiskStation Manager backend software and is DLNA compliant for those that want to use it as a media server.

It also comes in a lighter chassis and with a reduced price tag over the DS213J, coming in at £138 including VAT.

KitGuru Says: Anyone in the market for a new NAS? What do you think of the specs on this one?