Knowing that most of us need constant motivation to attempt any kind of fitness regime, Nintendo has come up with the Ring Fit Adventure for the Switch, priced at £69. It comprises a pair of controllers, thigh strap, physical ring and an interactive game, which pitches you against a bodybuilding dragon and an army of minions. Despite the fact that you ‘play' it in your living room, it works hard to get you to jog and engage in a full range of motions. KitGuru was invited down to a special preview in London – so we sent super-fit Storm.

Watch via our Vimeo channel below:

Nintendo has always been a company that does thing differently. While Nvidia and ATi engaged in a full blown war for the Triple-A, DirectX 9 desktop marketing space back in the early 2000s – Nintendo was quietly polishing the Wii. On paper, the low-res graphics and limited choice of software titles should have been a recipe for disaster. Instead, the console took number one spot in many sales charts – and filled living rooms around the world with laughing/joking family members – bowling and golfing together in a fresh and unexpected way.

From the DS to the Switch, Nintendo has managed to charm and engage vast audiences with a completely different experience. Cue the Ring Fit.

The packaging is simple and designed to be attractive on a retail shelf. 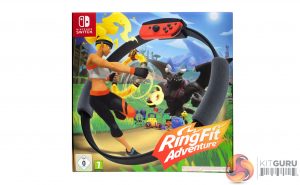 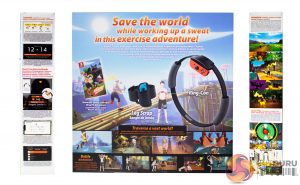 Inside you get the ring and controllers, all of which appear to be made of a very durable plastic. 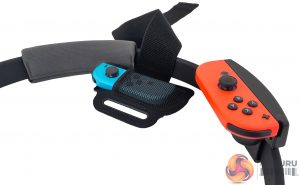 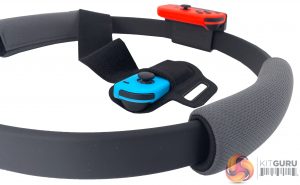 Set up is quite involved – taking a good half hour to complete properly. That said, you should only need to do this once. If you're already part of the Nintendo clan, then the software lets you connect your ‘gym persona’ to your existing Mii, which saves time. 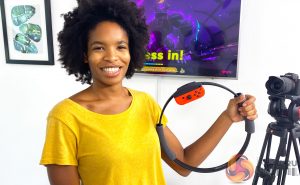 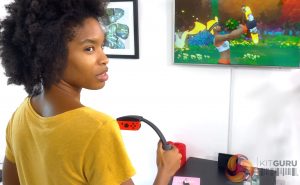 In a world where a new game launch can easily cost up to £50, the price tag of £69 (which includes the ring and interface modules) seems good value.

We were told that each round of the game takes 90 days to complete. It then bumps up its demands and pushes you through again, in a never-ending cycle that has been designed to build your fitness & flexibility right up.  When compared to a gym membership that could cost you hundreds of pounds a year, the Ring Fit package seems downright cheap.

Your first hour with the device will be a little confusing, but once you load the ‘new Nintendo mindset’, everything makes sense.

You start off by using the wheel as a shield to smash left and right (like a virtual Captain America), which is fun and gets you into the idea of ‘constantly jogging – while adding in new aerobic touches’. 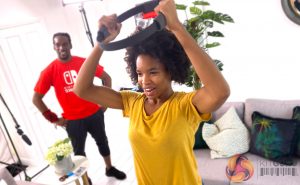 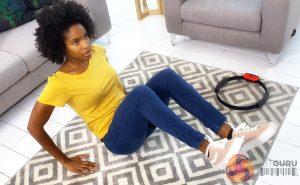 A version of the classic ‘crunch’, becomes a double-legged kick against your enemy – and you can even use stomach clenches to defeat baddies.

While suitable for young and old, male and female, the key phrase we heard a few times was, “Nintendo is aiming to turn Dad-Bods into Abs-Bods”.

And a very laudable goal that is too.

We told the device that Storm was young, fit and exercised regularly – but that we only wanted a moderate work out. Nintendo responded with a game run-through that pushed her heart rate up to 110bpm with a light sweat.  We were told that this is monitored using an in-built infrared detector. You might not be qualifying for the Tokyo Olympics, but that kind of work out is enough to boost your digestive system and instil an overall feeling of well-being, should you choose to keep it up for a couple of weeks. 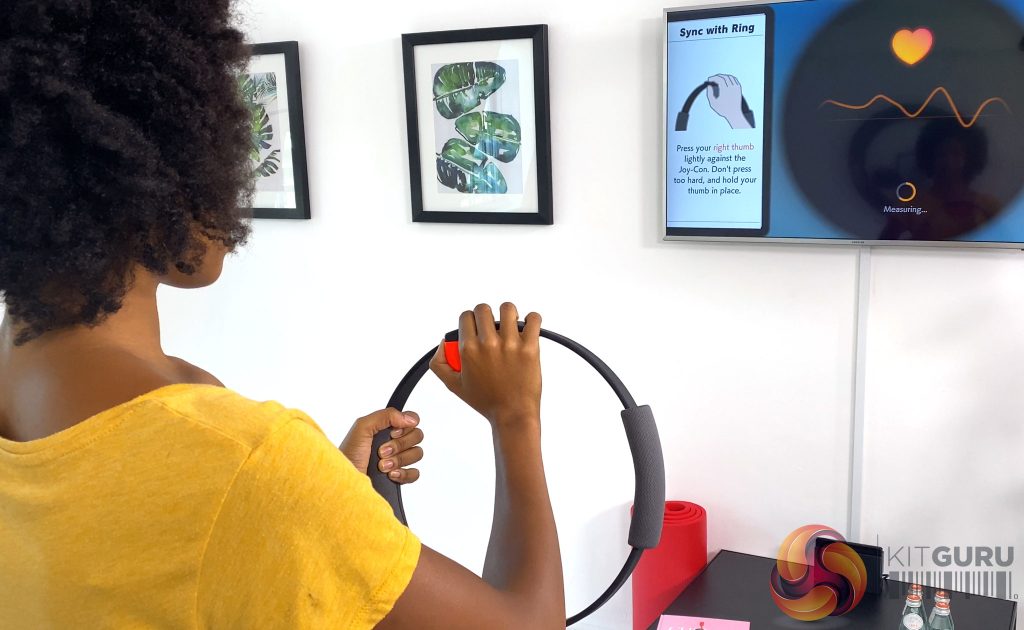 Given the sedentary life of most gamers/office workers, there’s no doubt that using Nintendo’s new get-fit-keep-fit technology will help you become a better version of yourself.

The Nintendo Ring Fit is likely to be available almost everywhere at the same kind of price. We were told £69 on the day, but some online stores like Littlewoods have it at just under £85 – whereas Game seem to have it down at £65.

KitGuru Says: Adding the new Nintendo Ring Fit (alongside a mini overhaul of your diet), is likely to yield many long term health benefits. Plus it’s fun. Definitely worth a look.