Win power supplies this Christmas with Seasonic and KitGuru

One of the problems with getting older is that at Christmas time, it’s very hard to get a present that’s anything like what you really want. Maybe you want a new car, or an animal, an upgrade on your house or maybe a really nice bit of aftermarket PC hardware. Either way, good luck asking your significant other or nearest and dearest family members to stump up the cash for it, even if they do know what it is.

Which is why it’s so great that Uncle Zardon has come to town once again, bringing with him his red nosed reindeer by the name of Seasonic. Together they’re set to drop off a fresh batch of presents for you kiddies, but you’ll need to jump through a couple of hoops first.

Those hoops are international though, as this competition is open worldwide. Rejoice!

But first, the prizes themselves. What’s in Seasonic’s santa sack? Six power supplies for starters, including:

You might remember the ranges these belong to, as Zardon reviewed a couple of them recently here and here.

Along with those though, there’s also six goody bags up for grabs, with a variety of items hidden inside.

If you’re chomping at the bit ready to go, then I’ll stop with the pre-amble and give you the meat of this story. Here’s how you win:

What is your favourite Seasonic power supply model?

Answers must be emailed to: [email protected], with a number from 1-12 in the subject line. If your email is randomly chosen, that number will designate which prize pack you end up with. Also, you need to include your email address, mailing address and a phone number for inclusion.

The competition will start officially on the 22nd December 2013 and conclude on the 29th December 2013, with winners being announced shortly after.

Terms
This competition is open to Kitguru fans worldwide and winners are randomly decided. KitGuru and Seasonic decisions are final.

Do not email KitGuru requesting special treatment, it won’t be given. Do not contact any KG staff via Facebook or other social networking platforms, they are unable to influence the outcome of the competition and any badgering will have your entry invalidated. No staff of Kitguru or their family members may enter the competition.

By entering this competition you agree to the terms listed above. 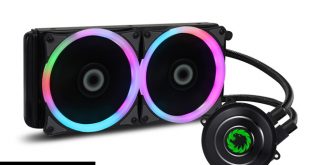 We are back with another giveaway for our Patreon supporters. Those of you supporting us …