Digital gaming marketplace G2A has faced a lot of scrutiny over the years, as it inadvertently enables the sale of grey market keys. Embracing further controversy, the website is now charging users an inactivity fee if they don’t log in within 180 days.

A disgruntled user took to Reddit to share a message from G2A Pay, the marketplace’s online payment system, claiming that his account would be charged “a €1 inactivity fee” per month should they continue to leave their account unattended. This has garnered a lot of traction on the forum, amassing 39.2k upvotes at the time of writing. 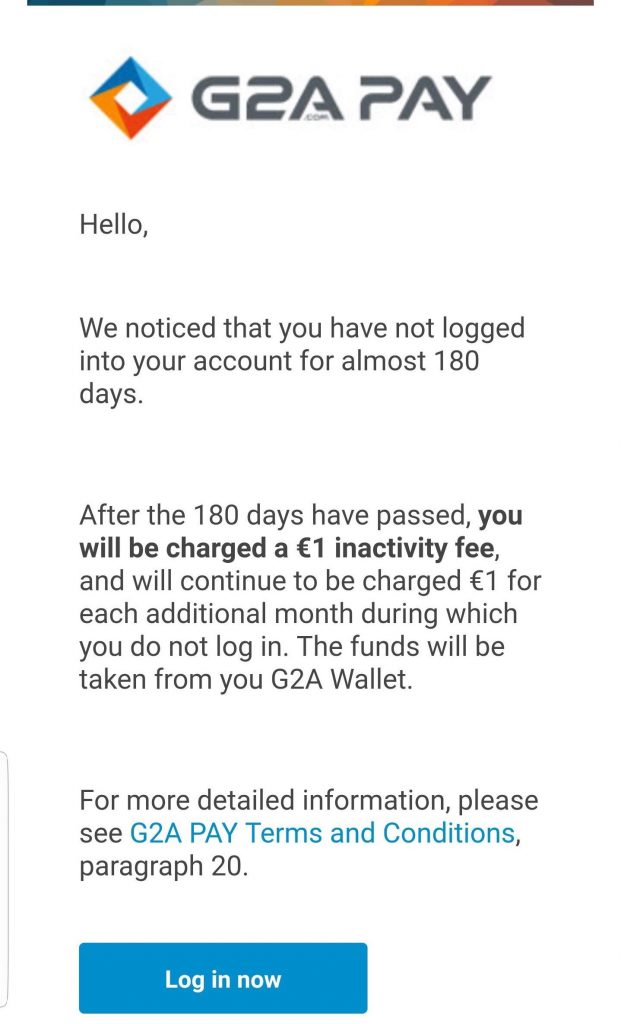 Much to the surprise of many users, this clause is actually found within G2A Pay’s current terms and conditions:

The thread gained the attention of an alleged G2A representative under the name of “G2APayOfficial.” They explained that the counter resets should a user log in, giving them another 180 days, and that money would only be taken from the funds of the G2A Wallet. If there is no money within the G2A Wallet, the account is set to inactive rather than taking the currency from Debit cards or PayPal.

The reason for this is supposedly because “it costs money to upkeep accounts (IT infrastructure, server maintenance, etc.) and if someone does not use the account, it doesn’t make sense to upkeep it.” This explanation has been ridiculed by the community, with many challenging the company’s claims and accusing the site of stealing from its user base. 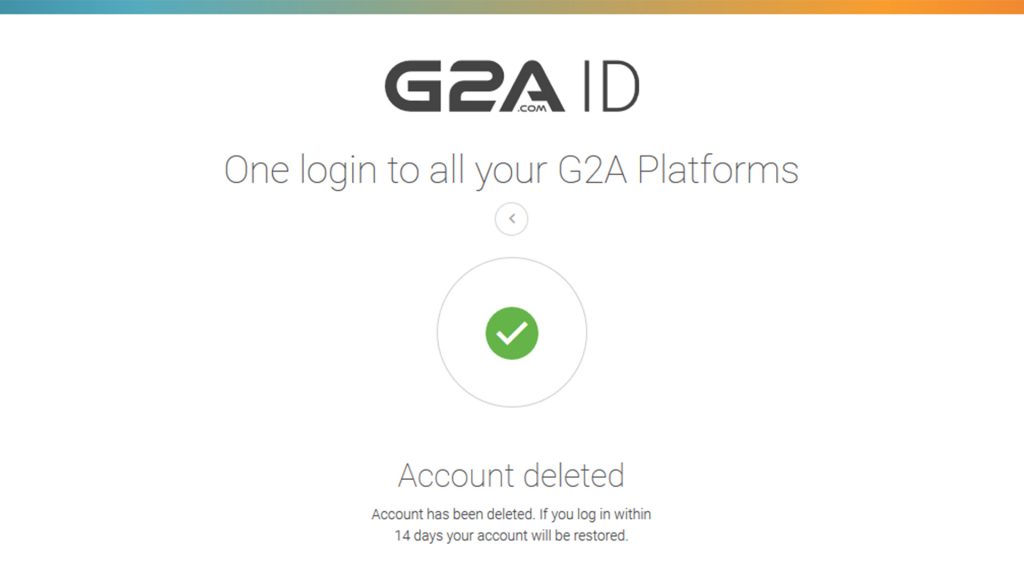 For those that wish to take all precautions, users can remove methods of payment within their Account Settings, as well as delete their account in its entirety. G2A has yet to respond to these claims, however the actions certainly a shine a bad light in comparison to its competition.

KitGuru Says: G2A maintains its partnerships within the esports and gaming industries, however I personally backed away from the company when multiple claims of foul play were around throughout 2016/17. The company maintains that these are unfounded, based on a lack of understanding of its business model, however I do prefer to ensure that developers and publishers receive the funding they deserve.