With the release of AMD's Ryzen 4000 desktop APUs approaching, the first distributed samples have started to appear in multiple databases. The latest we have to share was spotted on the CPU-Z Validator database and was overclocked to an impressive 4.765GHz.

The database entry was first shared by ITCooker, showing an overclocked sample of the AMD Ryzen 7 4700G on CPU-Z Validator. This sample was overclocked to an all-core frequency of 4.765GHz with a voltage of 1.425V, an increase of about 7% to the reported boost clock frequency of 4.4GHz. Additionally, a 4.9GHz single-core overclock was also achieved. 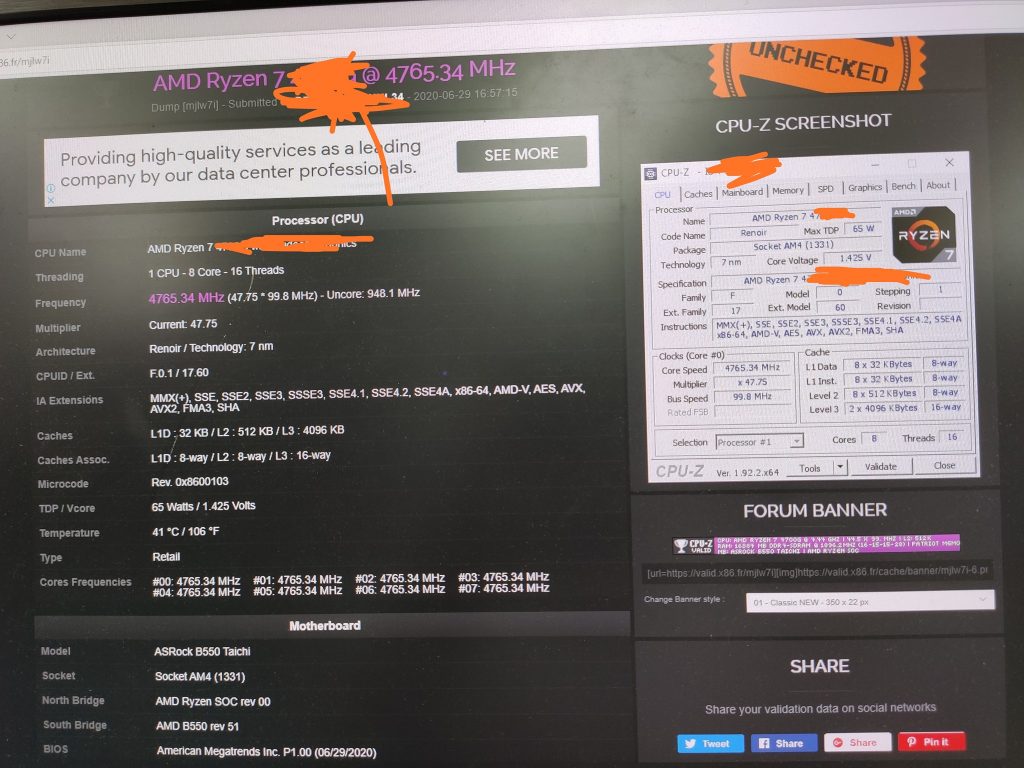 Most people are expecting the Ryzen 7 4700G to be at the same level of performance as the Ryzen 3800X, based on the similar clocks and core/thread count. But if it is overclocked, the Ryzen APU may actually surpass it. Once it's available, we will surely know how they compare to each other.

AMD Ryzen 4000 series desktop APUs are expected to launch later this year, starting with the Ryzen 4000 PRO APUs on the 10th of July, as spotted by @momomo_us on Dutch retailer Centralpoint.

KitGuru says: Are many of you looking to pick up an APU this year? Are you waiting to see what AMD's new ‘Renoir' APUs can do?