The Elite Cappelix CPU coolers from Corsair feature removable pump caps that users can easily change. One of the pump caps is glossy, giving it a more stylish and sleek look, while the other is translucent, ideal for those who want to promote the RGB lighting in their systems. 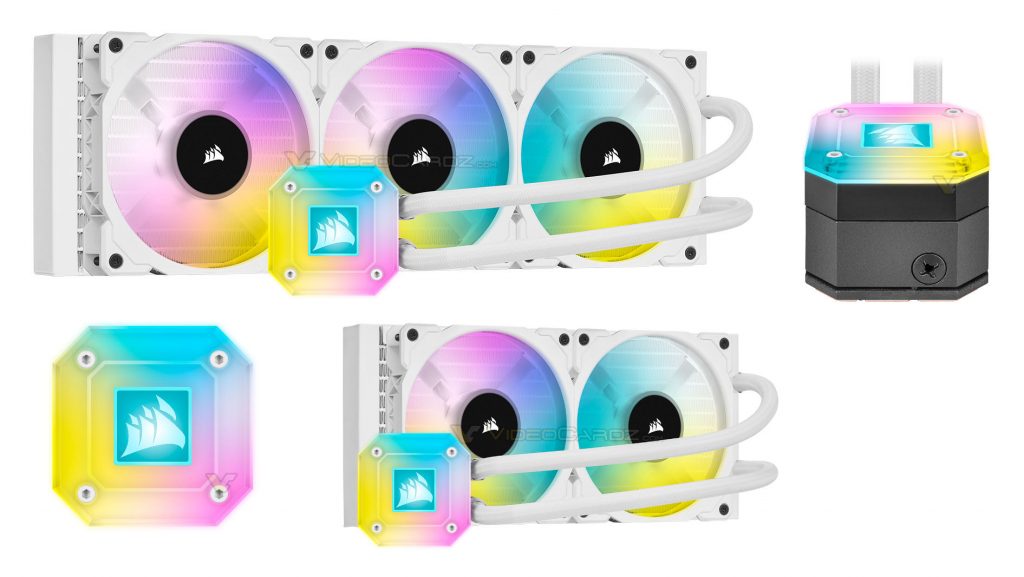 According to VideoCardz, the white versions of the Elite Cappelix H100i and H150i are being promoted with the translucent pump cap equipped, as seen in the images below. Another thing to note in these images is that the base of the pump is black, just like the black version's pump. No details about an H115i Elite Cappelix in white were shared.

Considering that the specifications of the black and white version should be the same, we can expect iCUE software compatibility, Corsair ML RGB PWM fans, and a low-noise centrifugal pump in the white units.

There's no information regarding the availability and pricing of these coolers yet. We should see them being released during 2021.

KitGuru says: Have you ever owned a Corsair AIO CPU cooler? Would you consider one of these Elite Cappelix white AIO coolers? If so, which one would you prefer?