There have been plenty of rumours from sources claiming to have knowledge of a brand new Nintendo Switch model over the last couple of years. One of those proved to be true in 2019, leading to the launch of the Switch Lite. Now, apparently Nintendo is also ramping up production this year for a new Switch model in early 2021.

According to Economic Daily News, a Taiwan-based news outlet with supply chain sources, a new Nintendo Switch model is being prepared for Q1 2021. This new version would include improved “interactivity”, likely hinting at a re-worked set of Joy-Con controllers that fix the on-going drifting issues. A higher quality display is also said to be coming too.

The sources in this instance appear to have hands in flash storage, controller and other areas of manufacturing for Nintendo. Unfortunately, we have no way of verifying this information for ourselves at this time.

This is far from the first time that sources have claimed that Nintendo is working on a new Switch model. There have been on-going reports of a higher-end ‘Switch Pro’ dating as far back as 2018, just one year after the initial console launched. So far though, Nintendo has remained adamant that it is not planning a higher-end revision.

KitGuru Says: Similar rumours around the Nintendo Switch seem to pop up every few months, so take all of this information with a dose of salt. If all proves true, we should hear something from Nintendo in early 2021. 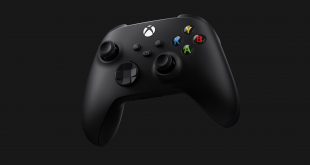