As PC gamers, I'm sure many of us have faced the issue of sweaty, uncomfortable while wearing a gaming headset for hours on end- especially during the summer months. In fact, HP's research says that 46 percent of gamers have this problem, so the company is tackling it head on with the Mindframe headset, which uses active cooling.

The Mindframe makes use of thermoelectric coolers (TEC) to keep your ears chilled. TECs work by utilising the Peltier Effect, which absorbs heat as an electrical current passes across a junction between two materials. TEC’s are used quite widely in various home appliances like smaller fridges and even computers from time to time, but this would mark the first time they've been integrated in a headset. HP has patented its implementation too, so this could end up being a one of a kind product for quite some time. 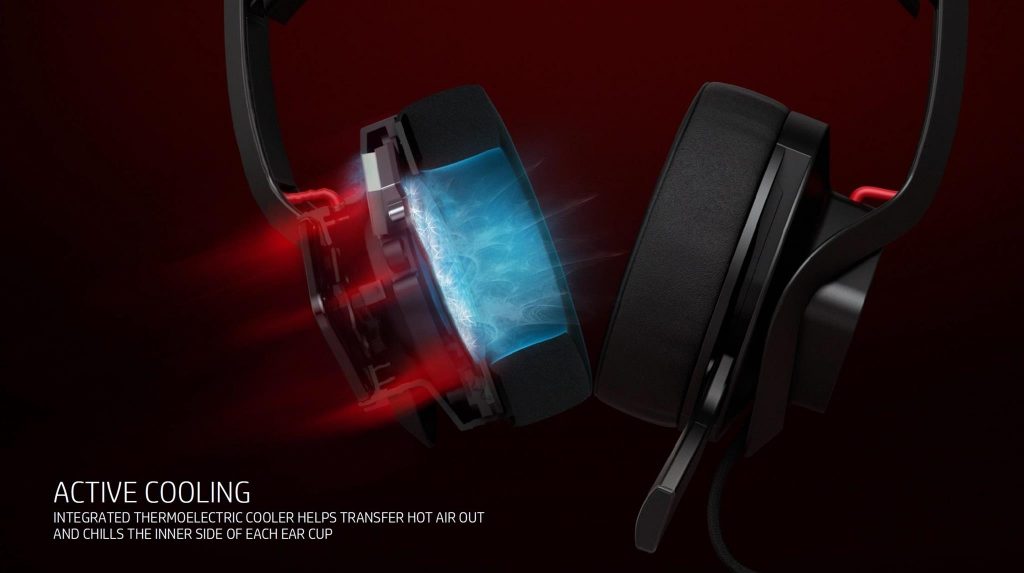 Users will be able to control the cooling in the Mindframe headset using the Omen Command Centre, which is HP's gaming-oriented software suite. The headset itself, including the thermoelectric cooling, all runs off of a single USB cable.

While the active cooling is the most intriguing part, the Mindframe houses several other features that gamers often look for. This includes 7.1 virtual surround sound and RGB LEDs.

As of now, HP hasn’t revealed pricing for the Mindframe headset, but it will be releasing sometime later this year.

KitGuru Says: Active cooling for a headset is a great idea, providing that the Mindframe is priced right, it could become quite popular. Would you go out of your way to buy a headset with active cooling?

Previous Bethesda reveals Fallout 76 ahead of E3
Next July launch rumoured for the GTX 1180 – What can we expect from it?