One customer experiencing a problem is to be expected. The world is an imperfect place, screws fall out all the time, what can you do? However, speaking with an experienced customer service-oriented company like UK retail giant John Lewis can reveal much more. KitGuru brings you the latest on the Microsoft XBox 360 disk chewing reports from the Kinect community.

For any KitGuru readers joining us from outside the UK, let’s just say that John Lewis is one of the best loved and most successful chain of department stores this country has to offer. Revenues for 2010 were around £7.5 Billion (around $12Bn) and it employs over 70,000 people.

In terms of customer service John Lewis is second to none and, during the depths of the global recession, it was one of the only companies in Europe to show a huge increase in the sale of computers and electronics. OK, the scene is set.

The disk-killing XBox 360 we reported on yesterday was today returned to John Lewis for a refund. We’d asked the customer in question to try and find out what the situation was with Microsoft disk-related faults.

Immaculately tailored, the experienced customer services department said that faults like disk scratching seemed to come in waves. Right now, they had only received minor reports of Kinect-enabled units going down, but the special kits had only just gone on sale.

The John Lewis representative said that they’d dealt with a glut of issues like this when Call of Duty Modern Warfare came out, but they were not sure if it was simply a batch of dodgy ROM drives in the XBox itself or if the increased processing required by the game created a heat issue which, as a knock on, increased the likelihood of various components to fail more frequently – including the ROM drives.

As well as asking Microsoft for an official position on this situation, we have also made contact with all of the main XBox publications to see how common place this is.

Specifically, we’ve asked Harmonix PR guru John Drake for an opinion on who should pick up and resolve any disk issues.

Sadly, if the issue is real and is related to vibrations from bouncing Kinect users, then it could take several months to spot any trend. We are crossing our fingers that this won’t be an international epidemic.

KitGuru says: Make sure you use a reputable reseller for any XBox 360 purchases. Specifically, ask them what the returns policy is on scratched disks IF the disk is scratched by the XBox 360 during normal play. Get the person’s name and make sure you note what they say. In the UK, Argos also has a 30-day, no quibble warranty that might help. 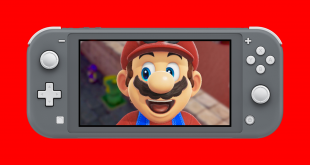 Switch sales more than double in 2020; as all consoles’ sales increase