3DMark has received a new update introducing CPU profile, a set of CPU benchmarks that include 16 threads, 8 threads, 4 threads, 2 threads, and a single-threaded test to show how a processor performs as the number of loaded threads varies. 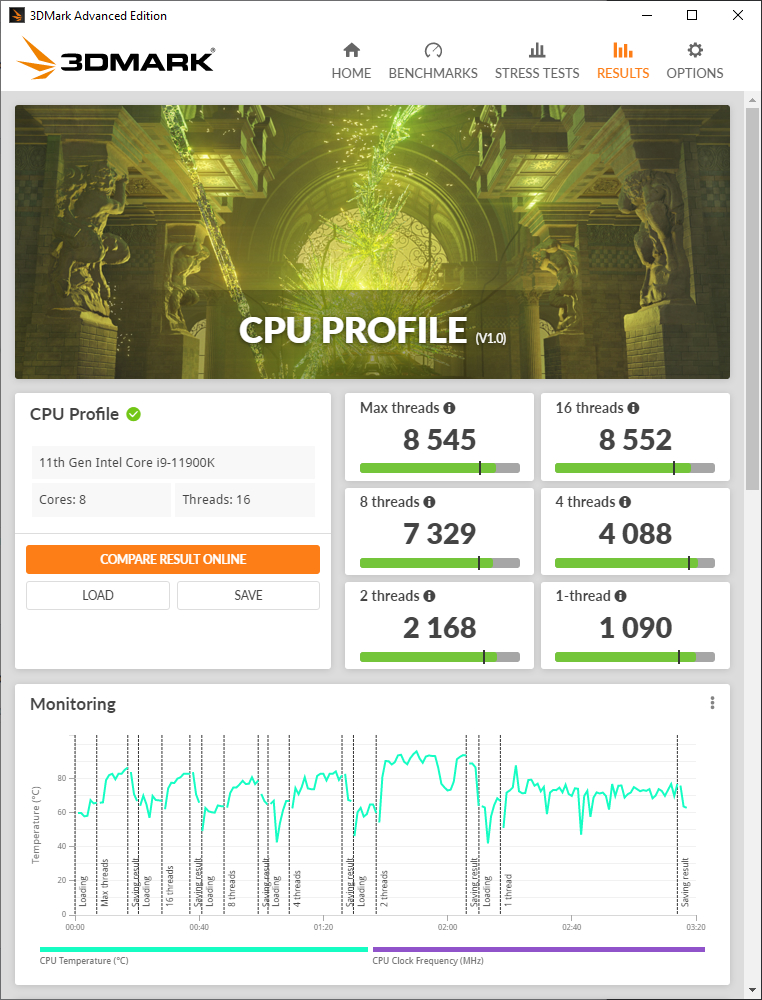 After running any of these tests, a score will be provided to your system. In the tab showing the score, the green bar represents your score, the black marker represents the median score, and the end of the bar shows the best score achieved by a system equipped with the tested CPU. Anything between your score and the best score can be interpreted as the overclocking potential of your processor.

KitGuru says: Will you try 3DMark CPU Profile? Feel free to show us your benchmark results!