Fallout 76 roadmap includes The Pitt, aliens and Nuka-World on Tour

Despite a rough launch, Bethesda has continued to work on Fallout 76 over the years, adding new expansions, features, story missions and multiplayer events. That work will continue into 2022, with Fallout 76 set to receive four major seasonal updates throughout the year.

The next major update is known as ‘Invaders From Beyond' and promises alien encounters across Appalachia. Then, over the Summer, the Test Your Metal update will arrive with a series of new public events that players can group up to tackle. 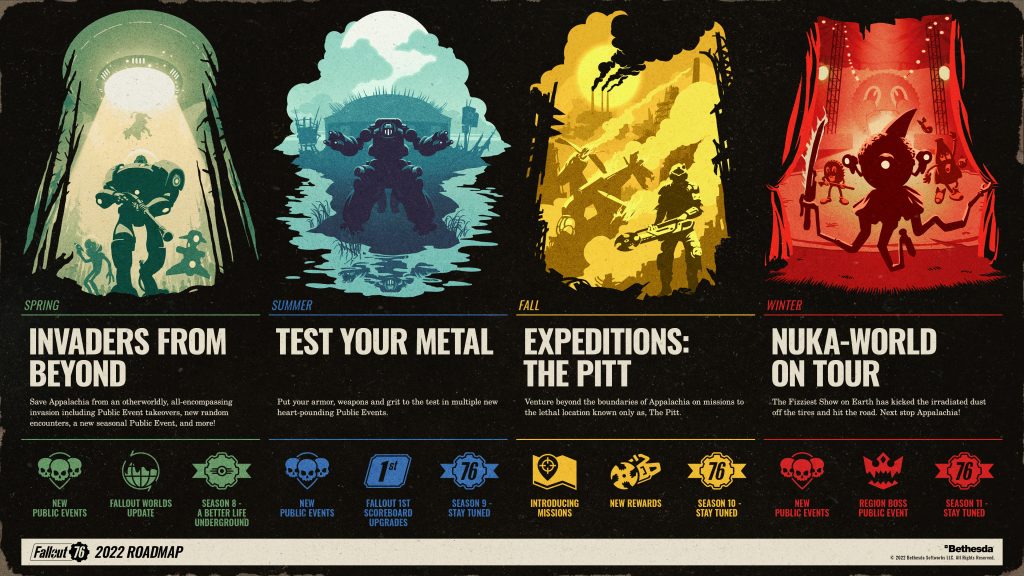 In the Autumn months, Fallout 76 will get a new Expedition – The Pitt. This new mode will be accessible by a new hub in Whitespring, sending players outside of Appalachia for the first time. Long-time Fallout fans will recognise the name too, as The Pitt first appeared in Fallout 3.

Finally, to cap off the year, the Nuka-World on Tour update will arrive. This is a travelling roadshow, so expect more public events, new NPCs to interact with, and some new story/lore content.

Discuss on our Facebook page, HERE. KitGuru Says: I haven't played Fallout 76 since the Wastelanders update, but I am quite interested in this new Expedition. Are any of you still playing Fallout 76 at all? What do you think of the new roadmap?