Home / Tech News / Featured Tech News / Cyberpunk 2077 will be shorter than The Witcher 3, but more replayable

Cyberpunk 2077 will be shorter than The Witcher 3, but more replayable

Last weekend saw a Q&A session take place in Warsaw with the developers of Cyberpunk 2077, the much anticipated upcoming RPG from CD Projekt Red. The session revealed an abundance of information, including the comparative length of the game, day-night cycles, the depth of side quests, and the fact that you can “burn the city down”.

The questions were collated and translated by reddit user ‘Shavod’. The developers answered dozens of questions, but some of the most interesting details include the fact that the “main story of the Cyberpunk 2077 might be a little shorter than in The Witcher 3, but will make up for it with much higher replayability”. Shavod notes that this was only counting the main story, and major side quests, meaning that when all is said and done, the length might be more comparable. For reference, the Witcher 3 with all its DLC takes roughly 75 hours to complete, without accounting for side quests.

Speaking of sidequests, the developers claimed that The Witcher 3’s side quest structure was compared to a single line with multiple branches sticking out, but ultimately returning to the single line. Meanwhile, “in Cyberpunk 2077 those branches grow more branches, which then often tie around each other. That means that side quests that we decide to do will often evolve into more side quests and those quests will have an impact on other quests, as well as the main storyline, to a much greater extent than they did in The Witcher 3”. 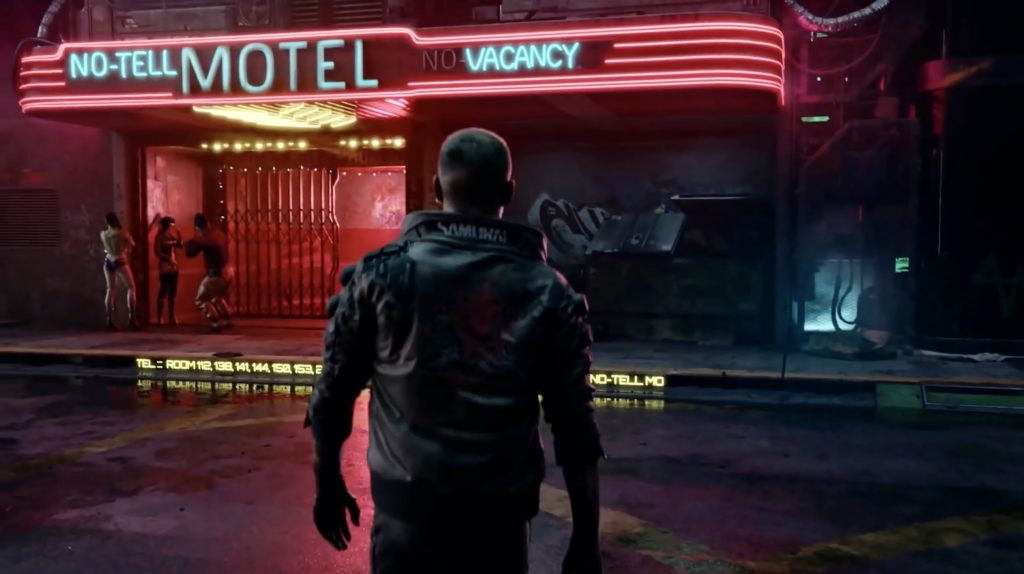 The game itself will also be impacted by day-night cycles, with some missions being easier if tackled during the day instead of at night, and vice-versa, due to a differing in the amount of guards for example. Weather effects won’t have the same level of impact on gameplay itself, but NPCs will react to different weather, with some pulling out umbrellas when it’s raining, and others running for shelter.

Lastly, in the E3 2019 trailer, Keanu Reeves is revealed to be a companion to the player character, and introduces himself by saying “we have a city to burn”. A fan asked whether burning the city down is actually possible in the game, to which the devs responded: “Of course”.

The Q&A session answered many more questions, such as to what extent the environment is destructible, and whether cars are customisable. The full Q&A session can be read here.

KitGuru says: What do you think of these details? Are you excited for Cyberpunk 2077? What game are you looking forward to the most in 2020? Let us know down below.