Samurai Shodown, the popular fighting game by SNK, released its most recent title in the long-running franchise on the 25th of June for the PlayStation 4 and Xbox One. A switch version was promised to be in the works, though only a Japanese release date was given. SNK have now announced however, that Samurai Shodown will be releasing in Q1 2020 in the west, on the Nintendo Switch.

The announcement came via a YouTube video, posted on Nintendo’s channel. The description reads as follows: “From its creation in 1993, the Samurai Shodown series has redefined weapon-based fighting games. 11 years after its most recent release comes a brand new addition on the Nintendo Switch! Experience the fighting game that took the world by storm!”. The game received favourable reviews when it released on home consoles earlier this year.

The video also announced that all preorders of the game will come with a port of the Neo Geo Pocket game ‘Samurai Shodown 2’, which has until now been unreleased anywhere else since 1999. 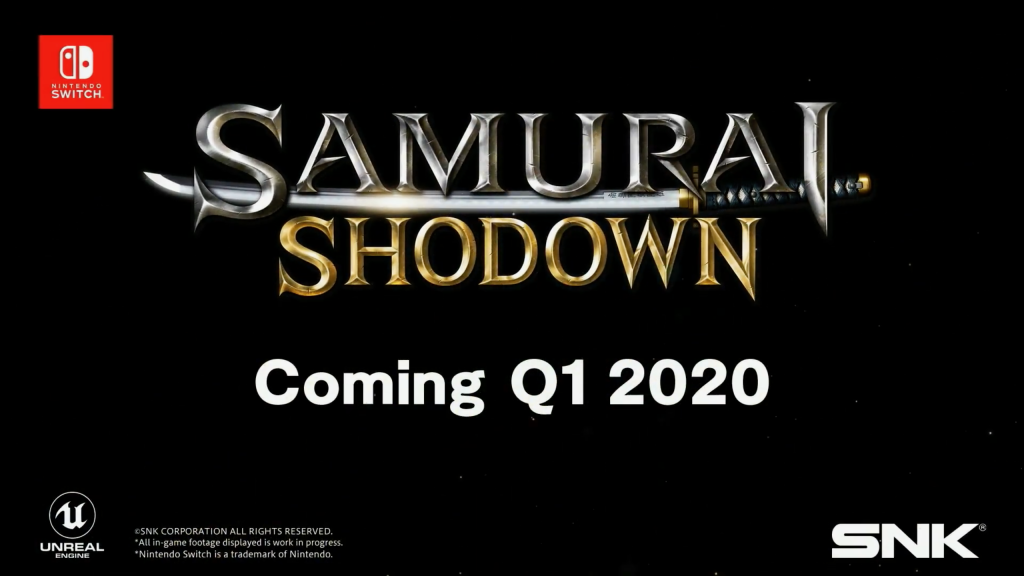 The Nintendo Switch has become a popular destination for fighting game ports. Earlier this year, Mortal Kombat 11 was released on the system, as well as Dragon Ball FighterZ. In both of these cases, the developers managed to maintain the 60fps frame rate that most fighting games prefer to adhere to.

Fighting games require low latency and fast responses, which 60fps allows for. It has been confirmed that Samurai Shodown on the Switch will also target 60fps, meaning that in terms of gameplay, the Switch port should be on par with its console and arcade counterparts.

Furthermore, the game has been confirmed to be playable with a single joycon, meaning that with one Switch, players will be able to set up an impromptu PvP battle anywhere they like, such as was the promise of the Switch.

KitGuru says: What do you think of this announcement? Do you think developers should release their Switch ports day and date with other consoles? Will you be picking up Samurai Shodown on Switch next year? Let us know down below.