Super Mario Maker 2 became a smash hit when it released earlier this year, quickly becoming one of the Switch’s best-selling titles. The game held many upgrades over its predecessor, such as new styles, new enemies, and new items. Nintendo has been relatively silent since its release however, with only one update of any significance. Earlier today though, Nintendo posted a trailer for Super Mario Maker 2’s 2.0 update, with its headline feature being that Link is now playable, with an entirely new toolset.

The update, set to arrive on the 5th of December, will bring with it a number of additions. In terms of enemies, there is spike, who was first introduced in Super Mario Bros. 3, and Pokey, who originates from Super Mario Bros. 2. Both these enemies will be affected by the various level themes available in the game. Update 2.0 will also bring with it a number of new items, to further the creative potential of levels.

P Blocks have also been added to the game. These blocks turn on temporarily when a P Switch is activated. The difference here, between coins for example, is that these blocks are solid, and remain undamaged by both you and other enemies. 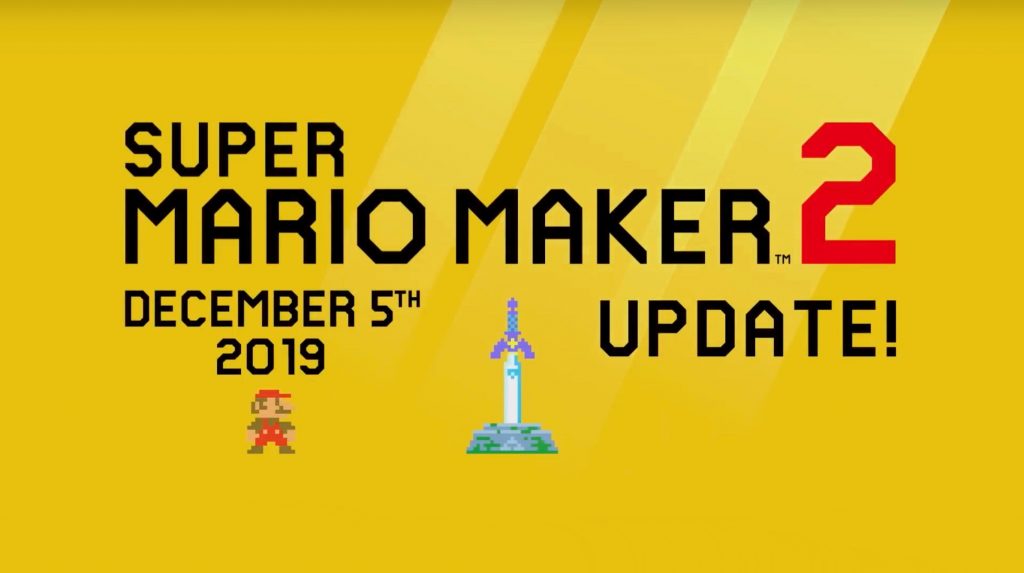 An item exclusive to Super Mario 3D World are the Dash Blocks. These blocks increase your running speed temporarily when stepped on. They will also increase your jump height and distance, allowing for many new platforming opportunities. Furthermore, the blocks will also affect the Koopa Troopa Car.

Lastly, but certainly not least, is the Master Sword power-up. This item is only available in the original Super Mario Bros. style, but when picked up, will transform Mario into Link, with all associated powers. Link can attack with his sword, guard with his shield, perform a dash attack, and down thrust. Link can also use his bow and arrow, and classic bombs.

A new game mode will also be added. Ninji Speedruns are timed events which pits you against a litany of other players, seeing who can complete custom Nintendo-created levels the fastest. All of this, and more, will be available when update 2.0 drops on the 5th of December.

KitGuru says: What do you think of this update? Do you think Nintendo will ever make a ‘Legend of Zelda Maker’? What else do you want to see added to the game? Let us know down below.