Making the announcement on its forum, the Terraria team announced that “We remain hard at work on the litany of updates across the board as we press forward into 2021. Things are really starting to come together, and we are beyond excited for what the rest of the year has in store. That said, we did our usual numbers updates to close out 2020 and we wanted to share that once again – thanks to your beyond-amazing support – Terraria has reached another units sold milestone! Terraria has officially exceeded 35 Million copies sold across all platforms!”

The team provided a breakdown of the platforms, revealing PC to be the most popular with 17.2 Million copies sold, followed by 9.3 Million sold on Mobile devices and 8.5 Million sold on Consoles. 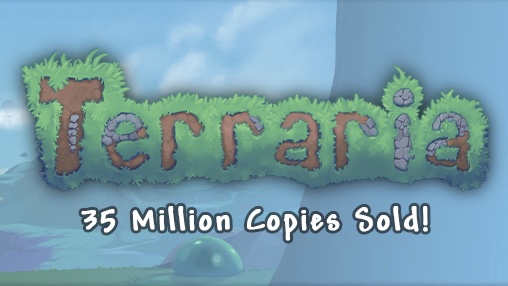 Despite this massive achievement, what is perhaps even bigger news is the fact that Terraria has now surpassed Portal 2 to become the highest rated game on Steam with a score of 8.81 across over 700,000 ratings.

Though Terraria may have received its final major update last year, there is still much more to come, with “Console Journey's End, Steam Workshop Support, getting to parity content for everyone… and then the possibility of crossplay down the line (we hope!), you could easily say that Journey's End may have arrived, but the journey for Terraria is far from over!”

KitGuru says: What do you think of Terraria? Are you one of those 35 million players? Do you prefer Terraria or Portal 2? Let us know down below.