In a morning of shocking revelations, we think the cherry has finally been placed on the cake. Spurred on by KitGuru’s earlier reports, we’re now hearing that the level of backlog in the channel is far worse than we expected. This is serious stuff, with serious implications.

Intel recommends that you buy Second Generation Core processors. No ifs or buts, these are the smartest Intel chips available and the smartest Intel customers will buy them. The experience promises to be smart, seamless and stunning. These new chips give you a Turbo Boost when needed, they are smart multi-taskers and you’d be daft to buy anything less. Certainly anything much older. So what’s going on?

Stories out today have highlighted the fact that Intel has finally owned up that it has known for some time that the channel is choking and that golden child HP is stuffed full of chips.

On the basis that technology is like milk that has been left out of the fridge, the backlog of kit that the world’s biggest PC manufacturers now have in their warehouses must look like Stilton and smell like Gorgonzola.

Perfect inventory control does not exist – let’s all start off by admitting that. Even in a house with a handful of people, you can run out of milk/bread/eggs/rum.

But when you run out of milk, you fix it with a trip to the shops. Similarly, if you find that you have too many eggs near the sell by date, you can always whisk up an omelette or cake. So how does it with with the big guys?

While the maths surrounding the supply channel have moved on mighty leaps since the start of the Second World War. That was a time when American army boffins suddenly realised that they needed numbers to describe the supply issues that go along with fighting a war on the other side of the planet [Wonder if that will come in handy again any time soon? – Ed].

In an ideal world, a company like HP or Acer would be holding 4-6 weeks inventory. That way, as new deals come along each quarter, they have plenty of time to move from one line up to another – while maintaining steady sales on core products (no pun intended!).

Once your inventory moves to 3 months, you are exposed to a new set of problems. Too much stock in your own warehouses, can prevent you from placing new orders when the deals are being pushed by suppliers like Intel.

Double that to 6 months and the world will suddenly become a very uncomfortable place.

Not only do you, as a PC manufacturer, end up with loads of money tied into old stock – that stock is also rapidly depreciating. Every machine you have on your shelves with an X58 mainboard inside is like a ticking time bomb. As soon as the X79 comes along, your stock will experience a considerable drop in value – hammering hard on the bottom line. Your worst enemy becomes the smaller system builder that you have been crushing, on a regular basis, for 10 years or more. Why? Because the smaller vendors don’t use economies of scale the same way HP and Acer do, they do not have as much stock. So they sell it through quicker – opening the way for new product line-ups. Even someone as large as Dell will be smiling a little – shirley?

Half of HP and Acer’s stock being more than 6 months old, means that it uses the ‘woefully old pre-Second Generation Core technology’. The new i3, i5 and i7 parts are so much better than their predecessors, that the old chips cannot hope to win in a straight fight. In KitGuru testing, the head to head on clock shows that Sandy Bridge can deliver 20% better results. Once you bring overclocking into it, then the difference is vast.

Expect a huge and bloody price war any day now.  If you’re a non-combatant, we’d suggest that you follow Ian Gillan’s advice: “You better close your eyes, you better bow your head – and wait for the Rick O’Shea”.

KitGuru says: From the low end Core i3 series through to the Core i7 2600k, Intel’s current generation of CPUs is hugely better than anything the company has produced before. Buying a system with one of the older chips is a mistake. If your stock is six month’s old, then it is NOT second generation Core product. If they have been cleverer with inventory management, then Dell and Samsung must be licking their collective lips and looking at HP and Acer’s market share figures. It has to be said that this is one of those occasions when AMD being so much smaller/slower to produce, has played in its favour. It’s unlikely that more than 10% of the inventory clogging the world’s shelves will be from AMD. 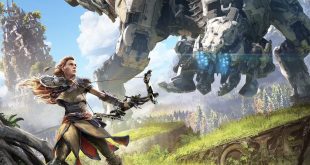