While Nvidia has been making a lot of money off the back of consumer graphics cards, another huge component to the company’s success has been its involvement in AI and Deep Learning initiatives. This is an area that AMD hasn’t been heavily involved in but this week, the company revealed that it has made its first steps in this direction and will be supplying Google with new GPUs for cloud computing and machine learning.

In early 2017, the Google Cloud Platform will offer GPUs worldwide for the Google Compute Engine and Cloud Machine Learning users. AMD’s FirePro S9300x2 will be included alongside the Nvidia Tesla P100 and Telsa K80. 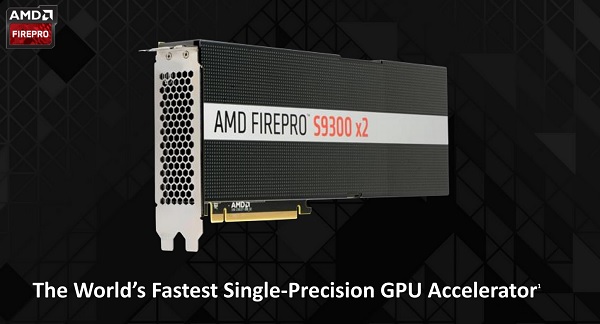 This news appears to have gone down quite well already as AMD stock has risen by ten percent today on the back of this news alone, this should also bring a boost to the data centre side of AMD, which will be encouraging for the future. Deep learning is an area that Nvidia has been working in for some time now and it has been paying off big time.

By supplying Google with new GPUs, AMD is already off to a good start in this area, we will just have to wait and see how things improve next year when the Vega GPU architecture launches, alongside Zen CPU server products.

KitGuru Says: This is a big deal for AMD but time will tell if it will pay off in the long run. For now, things seem to be going in the right direction with shares on the rise.

Previous Microsoft is joining the Linux Foundation as a Platinum member
Next Updated: FIFA 14 coin thief convicted of fraud