Intel’s Sandybridge has been dominating the headlines in 2011 with a heady combination of performance and competitive pricing. The H67 chipset enabled on-CPU graphics and Intel’s new Quick sync transcoding engine and the P67 chipset delivered great overclocking capabilities with the new K series processors. The Z68 is set to merge the capabilities into a single platform with other enhancements to sweeten the deal.

In the space of four short months, the new processors have delivered class leading performance at a fraction of the cost of the high end 12 threaded 970, 980x and 990x. The Intel Core i7 2600k in particular offers amazing value for money as in certain situations it can give the higher end processors a run for their money …. after all not all programs use 12 threads.

Sadly, the P67 platform has been tainted a little by the Cougar Point chipset SATA port issues, which could cause long term reliability problems. Intel and all their partners had to rush to support users and replace millions of boards and according to the latest reports, Intel are a billion dollars out of pocket. If you get a new P67 motherboard just make sure it is the B3 revision (which is fixed).

Fast forward to this week, and Intel have released the Z68 platform to reviewers. Today we have decided to focus on a company who don’t often get the headlines, but who over the last year have been releasing some really solid, fully featured boards to the enthusiast audience. ASrock are releasing their Z68 Pro 3 and Z68 Extreme 4, and today we are focusing on the higher end Extreme 4 edition. KitGuru has been using several ASRock Extreme boards over the last year, and they really are bulletproof products.

We don’t see the Z68 being a ‘revolutionary’ new product to lure away current P67 owners, but if you are in the market for a new system, then the Z68 makes more sense. 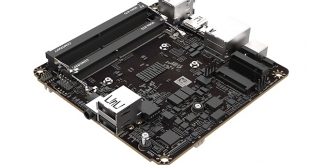