The latest drive to join Corsair’s line-up of M.2 SSDs is the MP400, which thanks to its use of 96-layer 3D QLC technology, comes in some very useful capacities. Here we review the 2TB model, priced at £240. 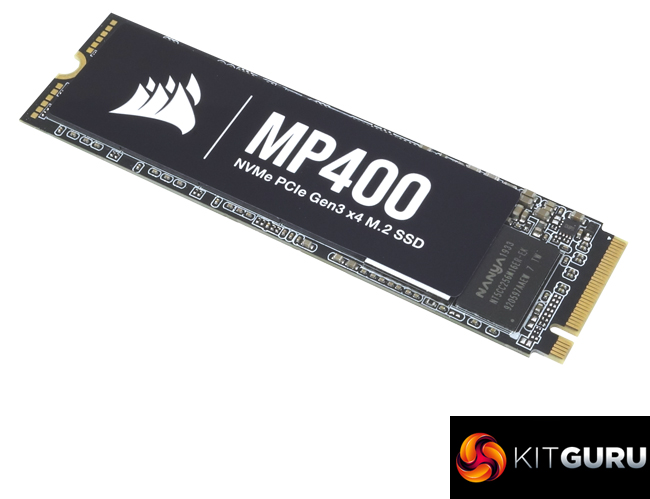 The MP400 range is made up of some very useful capacities thanks to using 3D QLC NAND; 1TB, 2TB and 4TB, while a mammoth flagship 8TB drive due to arrive very soon. Looking after the NAND is the E12S version of Phison’s very popular PS5012 8-channel controller.

Corsair quote an average active power consumption figure of 5.5W for the 2TB drive. Power figures for the other drives in the range are; 4W for the 1TB model, 6.5W for the 4TB and 8TB drives.

The 2TB version of the MP400 has an endurance rating of 400TBW and Corsair back the range with a 5-year warranty.