One of the things that Microsoft Corp.’s Windows 8 operating system is criticized for is poor scaling. As a result, it is sometimes inconvenient to work on Windows 8-based PCs with high-resolution/high-DPI displays. According to a new media report, the next Windows operating system will address such issues.

PCPortal web-site has revealed that the latest builds of Windows 9 “Threshold” OS support new 768*768 pixel icons, which will be needed when users work in ultra-high resolutions. It is also claimed that maximum resolution for a single display supported by the new operating system is 8K (7680*4320). Besides, it is reported that Microsoft has greatly improved its graphics scaling technology in order to better display classic applications on monitors with high pixel density.

The results of the changes are hard to overestimate since they will enable PC makers to build Windows-based machines with retina-class screens. While there are many notebooks with high-res displays today, they are not always comfortable to use since icons and other elements get very small on them.

Microsoft Windows 9 will be formally introduced later this month. It is expected that the new operating system will be released commercially in the first half of 2015.

KitGuru Says: It is clearly nice to see that the upcoming Windows will get better support for ultra-high-definition resolutions. Perhaps, this will make UHD displays as well as laptops with high-DPI screens more widespread on the market. 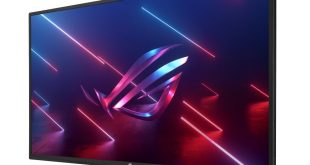 After a series of validation and compatibility tests, ASUS ROG officially has the world's first certified HDMI 2.1 gaming monitor.