Rosetta to land on comet in next 36 hours

Remember Rosetta? The little probe that left Earth back in 2004 and spent a near decade taking a jaunt through space so that it could finally enter orbit around the 67P/Churyumov–Gerasimenko comet? Back in August this year it did just that and many watched it happen live. If that's something you did tune in for or wished you'd seen as it happened, set yourself a reminder for 34 hours from now, as that's when the lander portion of Rosetta will begin its official ‘descent' to the comet's surface.

You may need to set aside a fair block of time however, as despite being just 10 kilometres above the surface of 67P, the Philae Lander will take as much as seven hours to reach it, travelling at less than one metre per second by the time it reaches the surface. This is to make sure that it doesn't simply bounce off due to the comet's exceedingly low gravitational pull.

For some context, the escape velocity for 67P is just 0.5 metres per second, or 1.1 miles per hour. In short, walking speed would see you ejected into space. 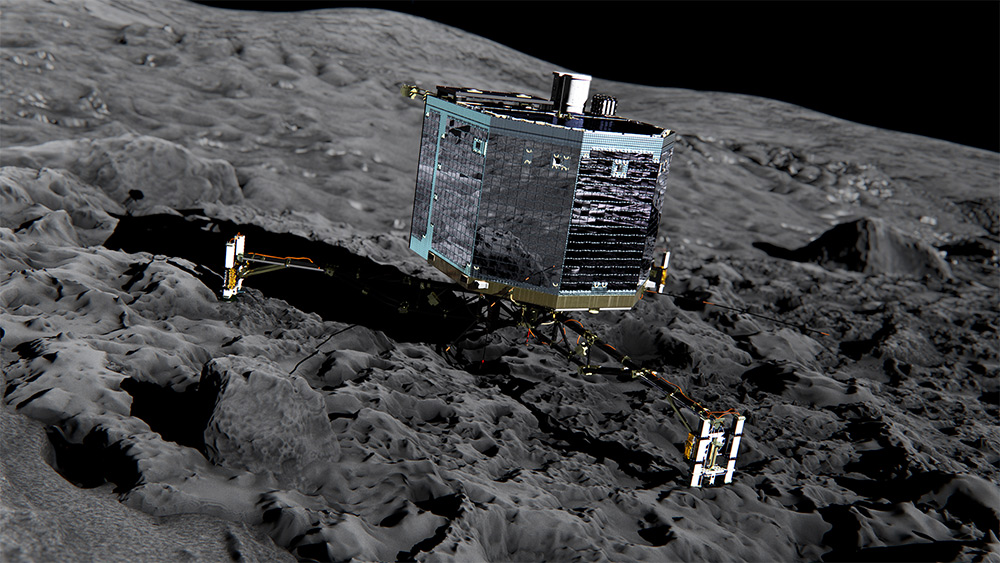 Artist's interpretation of Philae touched down on the comet's surface. Source: ESA

When it does land though, it will be a historic scientific milestone, marking the first time that a human satellite has landed on a comet's nucleus. While we have smashed satellites into comets before (known as impactors) throwing up debris for us to study, this will be the first controlled landing and will give us a great insight into what comets are really made of.

Once landed, Philae will conduct a number of experiments over a seven day period, though if all goes well many months of tests may be possible. Some of the equipment on Philae will be used to take pictures of the comet in different spectrums of light, as well as testing it for certain types of radiation. Other collections of sensors will be used to test things like the density, temperature and physical properties of the comet's surface.

To watch the landing play out live, head to the LiveStream here.

KitGuru Says:  We have our fingers crossed for you Philae. Make us proud.