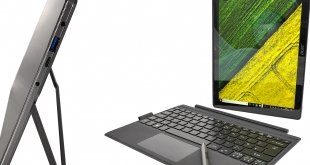 If you’re reading KitGuru, chances are you’re familiar with the Microsoft Surface Pro. While it was by no means the first tablet/laptop hybrid to run the Redmond company’s own OS, one might go so far as to say that it has done for the Windows convertible what the iPhone did for mobile phones. As such, it has spawned a host of imitators which have emulated the tablet, keyboard cover and pen formula with varying degrees of success. Acer enters this fray with its snazzily-named Switch 5, which sits below the yet-to-be-launched Switch 7 flagship in both specs and price but matches up quite nicely to the reigning Surface Pro 2017.

At first glance the Acer Switch 5 (in our case UK model number SW512-52-58Q4) is a very interesting proposition. Like most Surface Pro competitors, the tablet comes bundled with both its backlit keyboard cover and metal active stylus in the box, whereas Microsoft’s hybrid charges you a considerable additional chunk of change for each.

Base specs are also pretty decent with a 12in 2160 x 1440 IPS touch display, passively-cooled – look Ma, no fans! – dual-core seventh-gen Core i5 CPU plus integrated Intel graphics, 8GB of RAM, and a 256GB SSD, which makes many rivals’ 128GB standard storage offerings seem a tad stingy in comparison. 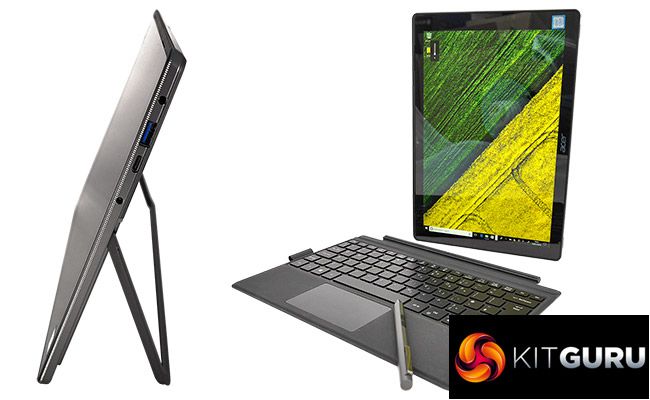 Even connectivity is decent and arguably superior to Microsoft’s premium Windows tablet, as the USB-C 3.1 port found next to the Switch 5’s standard USB-A 3.0 connector is a tad more flexible than the DisplayPort video output adorning the Surface Pro. All of this is crammed into a neat metal and plastic package that remains below 1kg in weight, though adding the keyboard and power supply does take that closer to 1.5kg than we would like.

However, considering the whole bundle can be yours for under £900, compared to around £1,200 for an equivalently-specced Surface 2017 tablet (not forgetting the extra £240 for its pen and keyboard) and with this Switch’s fanless nature meaning there’s no hot air blowing around and no distracting operating noise, we’re willing to forgive a little more strain on the wrist or shoulder.

The question, of course, is whether Acer’s weighty little contestant has what it takes to compete in every other department despite its modest price tag. 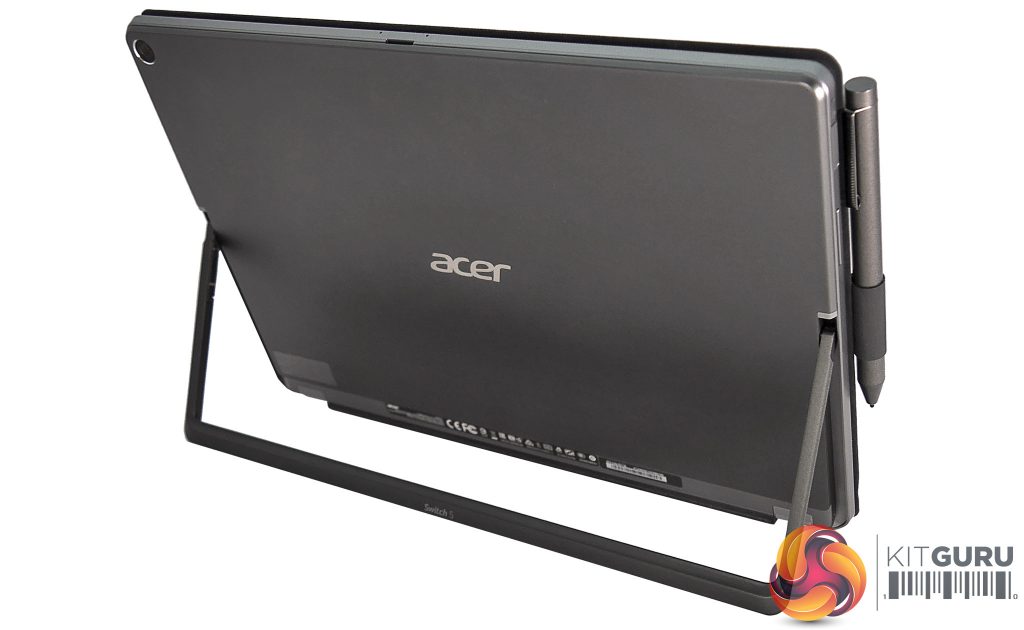 Previous Nintendo’s paid online service for the Switch arrives in September
Next Nintendo has big plans for Mario, with a new mobile game and a movie in the works