While Sony’s influence in the smartphone game has arguably diminished over the years, it remains a prominent player in the field of handset cameras, licensing its sensors to a variety of third-party manufacturers. Its newly unveiled IMX586 sensor is about to take things one step further, boasting a staggering 48MP resolution, which Sony claims to be the highest in the industry.

The IMX586 sensor has dethroned the Nokia Lumia 1020’s 41MP camera, which in itself beat the Huawei P20 Pro’s 40MP sensor earlier this year. Its 48MP camera comes with an increased 8000 x 6000 resolution, however Sony understands that it needs to do much more than bolster the number. 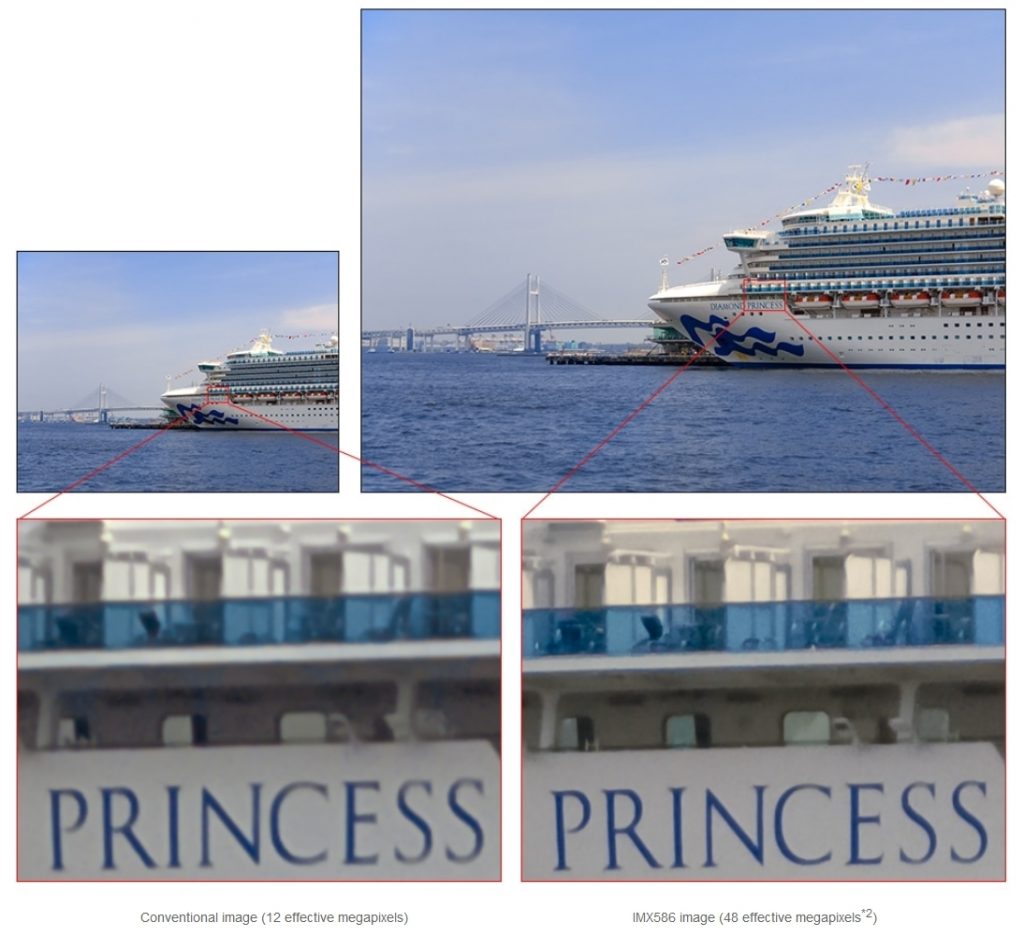 In fact, the greater the megapixel count, the smaller each pixel is, creating more of a chance of coloured noise in low-light photography. Sony’s 0.8-micron pixels are currently the smallest on the market, however its use of a quad Bayer colour filter array helps each pixel coordinate with those that surround it to essentially create a larger pixel. By using the signals of the 4 adjacent pixels, the IMX586 sensor has a light sensitivity of a 12MP camera while retaining the pixel density of its 48MP image.

This technique isn’t exactly brand new, with Huawei having used something similar in its P20 Pro and LG in its V30S ThinQ. That said, it seem more refined, ensuring that downsampling only occurs in low-light mode to prevent loss of detail, while preserving its daytime shots with the traditional pixel setup.

Sony’s IMX586 sensor should appear in smartphones as of next year, as the company is currently planning on shipping samples in September for 3,000 yen ($27) each.

KitGuru Says: There always seems to be a focus on images, when smartphones are frequently used to record videos too. It’s difficult to tell how Sony’s new IMX586 sensor will fare in motion picture, however benchmarks should begin appearing at the start of next year when devices are rolled out. Does the quality of a smartphone’s camera influence your purchase?