Cloud-native MMO devs reportedly back out of Xbox publishing deal

The fact that Microsoft is beginning to fund and develop ‘cloud-native’ games is an open secret at this point, with recent reports indicating that Xbox was working with a new studio, Mainframe, to build an ambitious cloud-native MMO. As it turns out, whatever deal was in place for this game has now apparently been scrapped and the MMO will now be a multiplatform project.

We first heard about Mainframe's game, ‘Pax Dei', back in October, when multiple sources confirmed that the Finland-based studio had signed a publishing deal with Xbox to produce this game for Xbox supported platforms, including console, PC and cloud. The game would automatically scale the complexity of gameplay mechanics based on the device you were accessing it from. The idea was that if you were playing on a smartphone, you would be able to do small quests or some light XP farming, and then at home on your main console or PC, you would have access to the full versions of various features and could embark on bigger missions, such as massive raids. 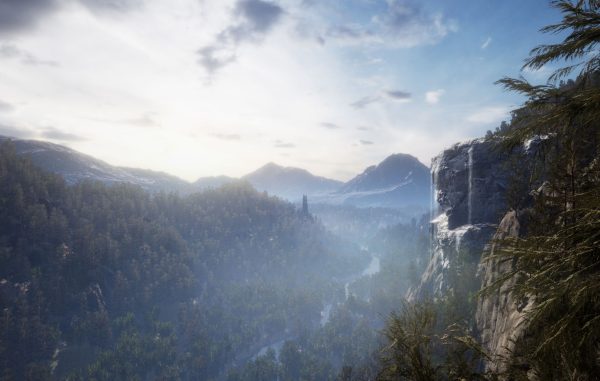 According to Jeff Grubb, while Pax Dei is still being developed, it is no longer backed by Xbox Game Studios. Mainframe recently underwent a round of funding, obtaining $23 million from investors and backed out of the deal with Xbox to remain independent and self-publish. It is speculated that Mainframe used its lingering deal with Microsoft as leverage to garner more interest from other investors.

Due to this change, Pax Dei is now likely going to be a multiplatform title, meaning it could also show up on non-Xbox platforms, like PlayStation, smartphones, a future Nintendo console, etc.

Despite this setback with Pax Dei, Microsoft is looking to fund other cloud-native games. Currently, the company is in apparent talks with Kojima Productions to produce a cloud-based game, and recently, Microsoft teamed up with SEGA to help develop a ‘Super Game', utilising Microsoft Azure cloud technology and IP crossovers.

KitGuru Says: This was a rather unexpected turn of events, but we still know very little about Pax Dei and with nobody going on record, we're missing pieces to the story here and may never truly know the root cause of this deal breaking down.