In a previous edition of the KitGuru Games column, we discussed the hardware of the PlayStation 5 and all that it has offered over the past year. Now, we will look at the latest and greatest that PlayStation has to offer on the software front. 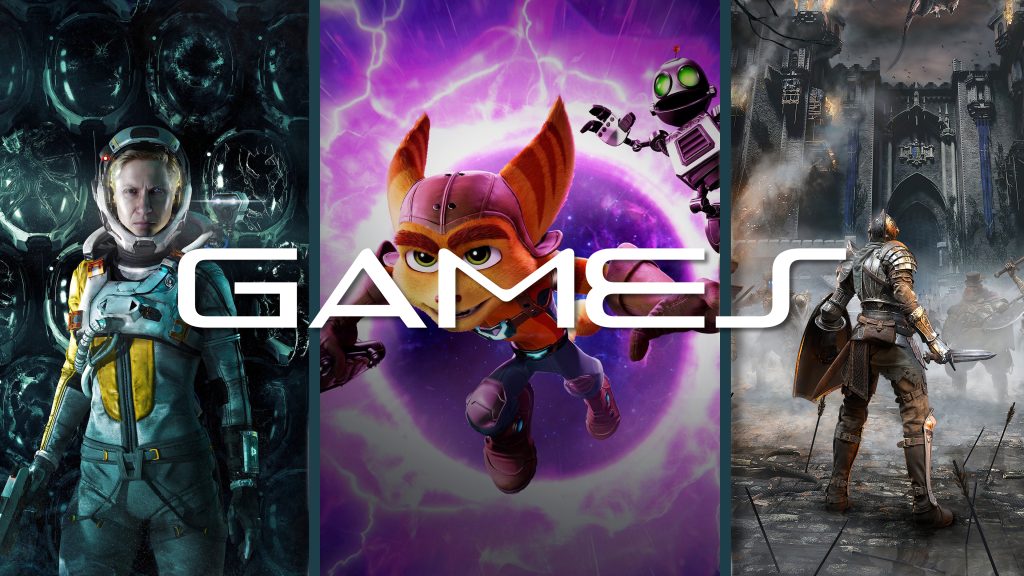 Typically most video game consoles launch with a relatively paltry list of launch titles. The PlayStation 4 for example, launched with a disappointing list of games. Of the 19 launch titles (the likes of which included Angry Birds Star Wars and NBA Live 14), the only games still of note are Assassin’s Creed IV Black Flag; Killzone Shadowfall; Resogun and Knack. While a decent chunk of the PS4’s launch lineup is now forgettable in 2021 (and if we’re being honest, was even forgettable back in 2013), the PS5’s launch line-up saw the release of games which will likely still be talked about when the PlayStation 6 releases.

On the third-party side of things, the launch line-up was your typical affair – meaning mostly cross-gen titles, or upgrades of older PS4 games. On the first-party software front however, Sony knocked it out of the park. Even though some games launched across both PS4 and PS5, the games released by the console manufacturer included the likes of Demon’s Souls and Spider-Man Miles Morales – both of which are just as fun and visually stimulating as the day they were released.

Unlike the PS4 generation – which felt like it took until 2015 at the earliest for the consoles to get going on the software front – the PlayStation 5’s first year has been filled with many exciting titles already taking great advantage of the hardware at hand.

Even though the industry is very different from where it was in 2013, and PlayStation are now more willing to accept games coming to PC (as long as it does not release on other non-PlayStation consoles), the list of PS5 console exclusives within the system’s first year has already done enough to justify the cost of admission into the latest generation (as well as the headache that comes along with trying to buy one of these systems). 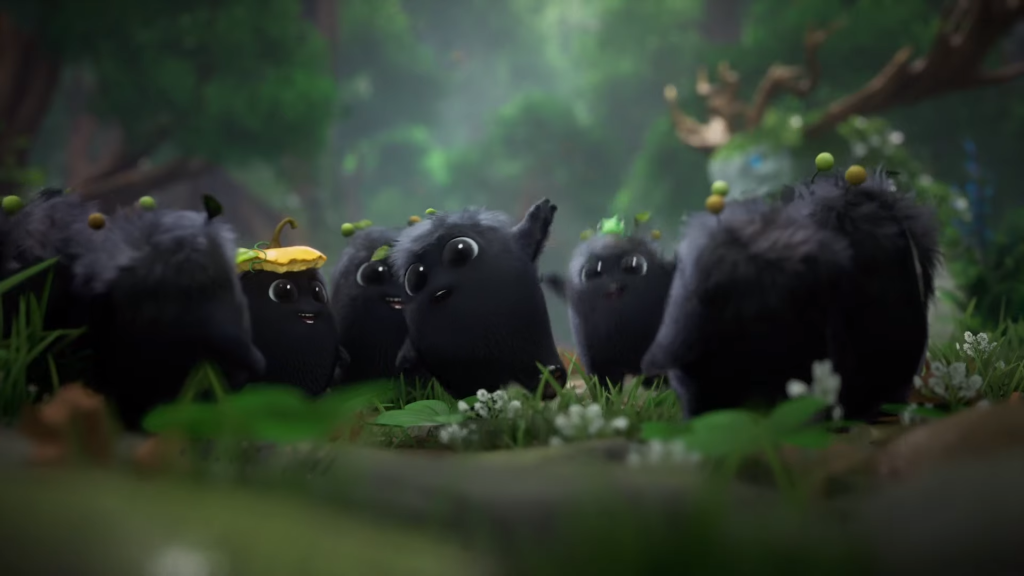 Within the system’s first year, on top of games such as Miles Morales and Kena: Bridge of Spirits, we were also treated to next-gen exclusives such as Returnal, Ratchet & Clank Rift Apart, Demon's Souls and Deathloop. On top of these, many PS4 games were also given comprehensive remasters fully taking advantage of the new hardware. Such titles included Spider-Man Remastered; Death Stranding Director’s Cut; Ghost of Tsushima Director’s Cut and Final Fantasy VII Remake Intergrade.

While none of these remasters were made vital if you have previously played them, for those who did not find the time to play any of these titles on the PS4, the next-gen versions proved themselves to be justifiable as a remastered package.

Additionally, many native PS4 games saw their performance unlocked to take advantage of the PS5. While not as impressive as Xbox’s backwards compatibility, being able to play games such as The Last of Us Part II; God of War; Ratchet & Clank (2016); InFamous Second Son; Days Gone and so many more games at PS4 Pro resolutions and 60fps helps to give the PS5 even more justification during its first year on the market.

Again, due to certain limitations, these upgrades are not nearly as impressive as what Microsoft has been able to do (essentially offering full remasters) – though this has evolved over the past year. While not possible at launch, the PS5 can now push some PS4 games to 120fps without needing to release a bespoke PS5 version. Seeing this backwards compatibility improved within the first year bodes well for the future of the feature.

Of course, not all games were hits. Sony did publish and endorse some misses, including the likes of Destruction All-Stars; and Godfall. These games feel very much like first-year titles. Fortunately, most games released did not fall under this umbrella of filler titles, helping to make the PS5’s first year line-up of games one of the best that PlayStation has ever curated. 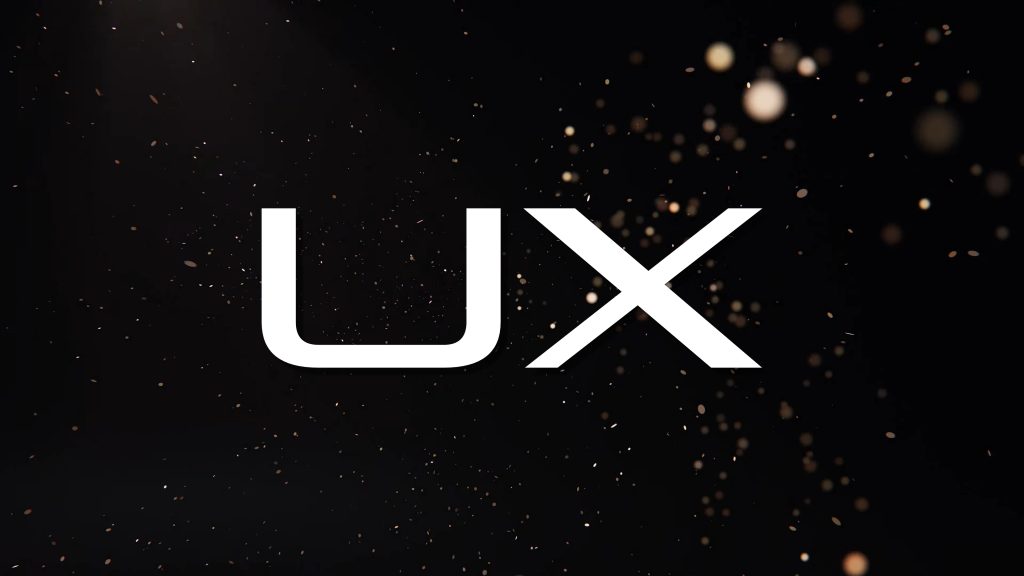 Unfortunately, the user experience as it pertains to navigating the actual user interface is in many ways a downgrade. While it was somewhat disappointing to see the Xbox Series X share the same user interface with older Xbox consoles, the benefit to that is the fact that years of optimisations and improvements are brought forward to the new system. The PlayStation 5 meanwhile has an entirely new user interface.

After using this new UI for the past year, it can rather conclusively be said that in terms of pure convenience and efficiency, the PS5’s UX is inferior to the PlayStation 4’s. This isn’t to say that I prefer the PS4’s. The new UI is sleek, modern, and is in alignment with the hardware design of the console. Unfortunately, it seems as though Sony went for style over substance – and as a result, many common actions – such as checking your trophy list or searching for a game – can be quite cumbersome.

Furthermore, currently there are no themes available. While the dynamic nature of the new UI and the way in which the background changes depending on the game selected means that themes are simply less useful, being able to customise the console in a variety of ways would be fun – especially as many PS4 games would come with bonus themes. There is a possibility that themes will be added down the line, but one year later the feature is nowhere to be seen. 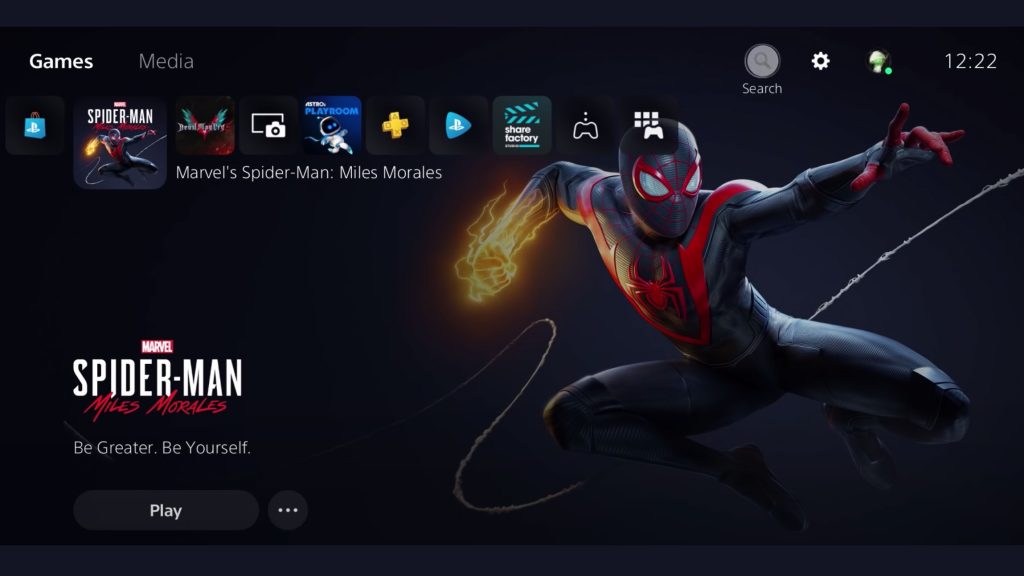 Ending things on a positive note, it is clear that Sony will continue to work on this software over the next decade of the PS5’s existence. Within the past year, the console manufacturer has already released many updates adding some much-needed features. One of the most affecting came with the release of a software update for the DualSense controller. Thanks to the ability to receive software updates, and the advanced nature of the controller’s haptics, Sony was able to update the DualSense controller to more accurately emulate the feel of the DualShock 4’s rumble. Out of the box, the DualSense would rumble in a rather hollow manner when playing PS4 games. Sony rather quickly updated the controller, and now any time you play a PS4 game, the rumbles accompanying various moves are now much closer to that seen with the game’s original release on the PS4.

This is representative of the positive future of the PS5’s software. While it is currently still feeling somewhat incomplete, Sony have updated the system many times over the past year, fixing some of the most glaring issues. Players can now personalise the control centre, Game Base is much more useful than it was at launch, and PS4 games are now much more clearly defined – removing any confusion surrounding cross-gen titles.

This bodes well for the future of the platform – even if there are still many glaring and long-overdue missing features. Prior to launch, the PS5 was promised to be getting support for VRR (variable refresh rate) which helps to stabilise games which may have an inconsistent frame rate (as long as you have a VRR supported display). One year on and the feature is nowhere to be seen – though PlayStation has promised that it is in fact on its way.

The PlayStation 5’s first year on the market has been an interesting one. Due to the current global situation surrounding COVID-19, many industries have been severely gimped, and so while this does not give Sony a free pass to offer half baked software, the more glaring omissions are somewhat understandable. Still, while the current software cannot compete with the PS4 in terms of both games and system UX, the last-gen system has benefited from more than 8 years worth of support. The one thing that can definitively be said is the fact that the PS5 one year on is in a much better position than the PS4 was after its first year on the market. With that trajectory, it will be interesting to see where the PS5 is at one year from now, three years from now, and – eventually – 7 years from now. The PS5 hardware review one year later can be found HERE.

KitGuru says: What do you think of the PS5’s software? Are you excited for the future of the PS5? What features do you want to see added? Let us know down below.