Horizon Zero Dawn released in 2017 to critical and commercial success, offering a beautiful open world with fun gameplay and an interesting story. Despite being an action-adventure title, the game dipped its toe into some RPG mechanics. It seems the upcoming sequel will be leaning much heavier into the RPG side of things, offering half a dozen skill trees.

As Horizon Forbidden West gets closer to its 18th of February release, the team at Guerilla Games have been delving deeper into the many improvements and additions arriving with the sequel. Alongside many new enemies, weapons and more, Guerilla Games have gone all out in building a deep and customisable skill path.

Video game magazine Game Informer recently announced that their latest cover story focuses on the much anticipated PlayStation exclusive Horizon Forbidden West. As part of this, the team was given insight into some of the many changes coming with the new title. One of the more interesting revelations is the fact that the game will be greatly expanding on Zero Dawn’s skill tree. 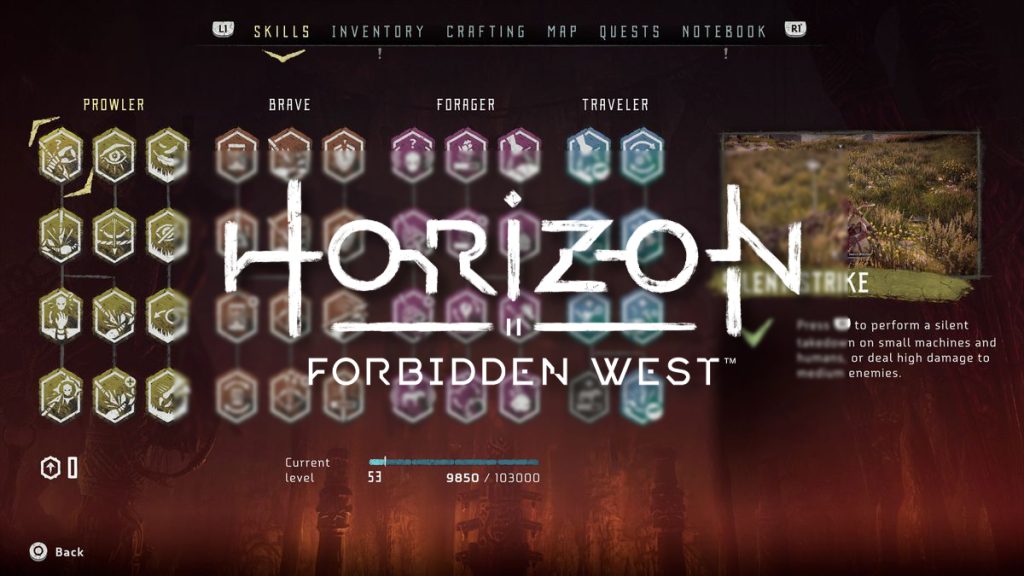 As reported by Game Informer, Horizon Forbidden West will offer 6 different play styles through the game’s many skill trees. The six different playstyles are:

While Horizon Zero Dawn did offer a skill tree of sorts, it served more as a progression system than a true skill tree, with most players unlocking all skills come the end of the game. Furthermore, while the game did include traps, melee and stealth, the game was clearly built for bow and arrow combat.

With each of these 6 playstyle paths being accompanied with 20 to 30 unlockable skills each, it is clear that Horizon Forbidden West is expanding its RPG mechanics heavily, allowing players to survive the forbidden West however they please. As the first game also included some mild dialogue choices, it will be interesting to see whether Forbidden West has expanded on that element too. Horizon Forbidden West launches on the 18th of February 2022.

KitGuru says: Are you excited for Horizon Forbidden West? Which playstyle will you put your points into? Would you like to see the game be a full-blown RPG? Let us know down below.