Mechanical keyboards with full RGB and lightning fast Cherry Silver Switches are just one of the innovations that MSI is adding into its gaming laptop line up for 2017. There is a big focus on VR and that means performance, which in turn generates heat: Enter Cooler Boost 4 technology. Finally, while updating the GPUs being offered, MSI’s new mobile gaming products also introduce a full 360 audio experience with Nahimic 2+, claiming another world first. Alex Lin, MSI’s gaming products guru, gave KitGuru a tour of the latest innovations.

Cherry Silver Switches sit higher and react quicker than anything yet seen in a notebook form factor. It’s a ‘world first’ that Alex is very proud of. The switches themselves include individual RGB lighting and are guaranteed for 50 million depressions – so there’s a distinct possibility that the keyboard will outlive the average gamer’s finger tips.

Variations of MSI’s latest Cooler Boost 4 technology have been integrated on multiple designs within the new range. That means there are more heatpipes included in these design – as well as specialist configuration fans – each with up to twice as many blades compared to the Skylake generation.

The promise is faster gaming with less noise and heat. MSI is also claiming another world first with the inclusion of Nahimic 2+ 360 audio technology. Here’s Alex to explain all three. 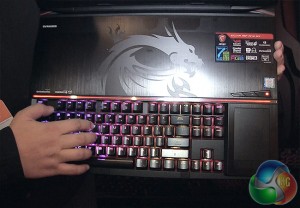 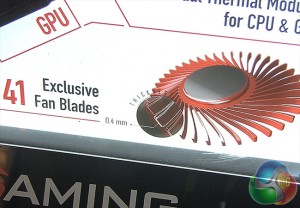 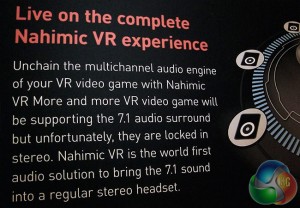 Watch via our VIMEO Channel (Below) or over on YouTube at 1080p HERE.

KitGuru says: The gap between gaming on a laptop or desktop has never been narrower. Kaby Lake may not bring huge gains for desktop overclocking experts, but combined with nVidia’s latest GTX cards and this group of innovations from MSI, mobile gaming promises to be much more attractive, affordable and capable in 2017.