We are continuing to cover CES 2017 and today, we got to see the unveiling of Asus’s new gaming line-up for the year. The Asus Republic of Gamers showcase includes new laptops, desktops and motherboards all updated and ready for Intel’s new Kaby Lake processors. New peripherals were on show and we also got to see the first ROG Wireless Router. 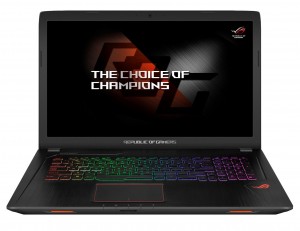 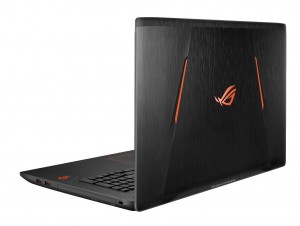 These new laptops all feature new Kaby Lake processors. The G701 is engineered for unrivalled performance with a GTX 1080, 2800MHz DDR4 RAM, RAID 0 SSDs and more. The GL502 and GL702 stand out thanks to their 120Hz G-Sync displays, which are powered by either a GTX 1060 or GTX 1070. Finally, the GL553 and GL753 are geared towards those on a tighter budget, it retains the Core i7 Kaby Lake CPU but cuts back a bit on graphics horsepower by opting for a GTX 1050/Ti. 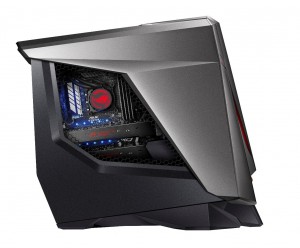 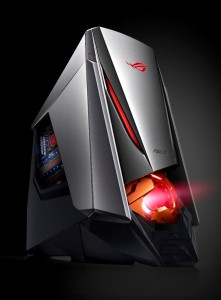 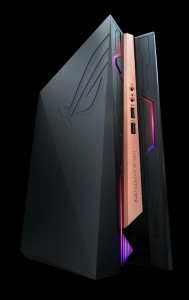 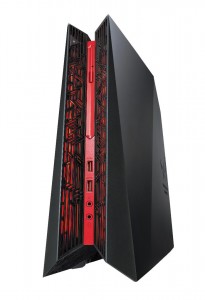 On the desktop side, the GT51CH is an overclocked powerhouse with a 4.8GHz Core i7 7700K, two GTX 1080s in SLI and 64GB of RAM. Obviously, this particular rig is aimed at those trying to run games at 4K with all the graphical details turned up. The G20CI is slightly different, this is a small form factor rig with a locked Core i7-7700, though the money saved on the CPU has been thrown straight at the graphics card as this SFF rig also houses a GTX 1080. This particular system prides itself on being quiet, claiming to run at just 22dB while idle.

The final desktop in the line-up is the GR8 II. We actually reviewed the original GR8 system a while back and were fairly impressed. This is another SFF rig though this one is the smallest in the range. It is a little more modest on the graphics side of things with a GTX 1060 but it still backs a 7th generation Core i7 processor and 32GB of RAM. The PC itself is housed in a tiny four litre chassis and is decked out with inputs for VR, it also contains all of the ROG-specific features you would expect to find on an Asus motherboard. 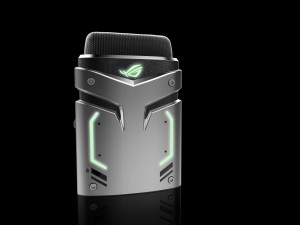 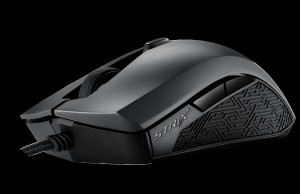 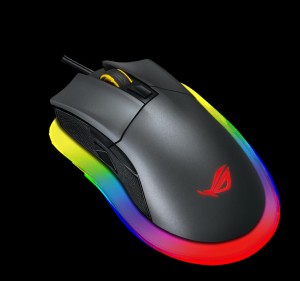 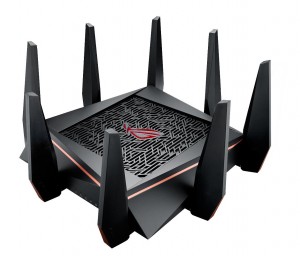 On the peripheral side of things, this year we can expect to see a brand new microphone from Asus in the form of the ROG Strix Magnus. This is a standalone studio-grade condenser microphone designed to compete with the Blue Yeti and Razer Siren.

The ROG Gladius II is also coming up, we reviewed the original version of this mouse a while back too but this time, things have been kicked up a notch with durable OMRON switches, Aura Sync RGB lighting and more. The ROG Strix Evolve is a newer mouse design which stands out with its shape shifting design- essentially the top covers are interchangeable so you can switch between different ergonomic designs for different grip styles.

Finally, the ROG Rapture GT-AC5300 is Asus’s very first Republic of Gamers branded router, specifically designed for gaming. It features a 1.8GHz quad-core CPU and two USB 3.0 ports to hook up other devices. This router benefits from several new features that aim to boost your online gaming experience, specifically, the dedicated gaming Ethernet ports are said to prioritize network traffic to whatever is connected to it- like your gaming PC or console.

KitGuru Says: That was a heck of a lot of products to get through. Hopefully we can get a few of these upcoming products in for review over the coming months for some more extensive hands-on time and testing. Is there anything in the ASUS range you are particularly looking forward to this year? I must admit I quite like the sound of the Strix Evolve mouse, although I couldn’t see myself switching out mouse shapes very often.