Razer’s Chroma lighting may have started off as a flashy, colourful addition to keyboards and mice but the company sees a much bigger future in Chroma. At CES this week, Razer not only revealed its crazy triple monitor laptop, but it also announced Project Ariana, a full-room projector that will display your game across the entire room.

The idea is actually fairly similar to Microsoft’s cancelled IllumiRoom concept from a few years back. Project Ariana is a 4K projector and according to Razer, it works by using an ultra-wide fish eye lens and advanced processing capabilities to extend your game across the entire room.

This projector stands out from the crowd by automatically adapting image size to the dimensions of your room. Project Ariana contains a pair of 3D cameras that work together to scan the entire room, detect your monitor and other environmental factors such as furniture and lighting. 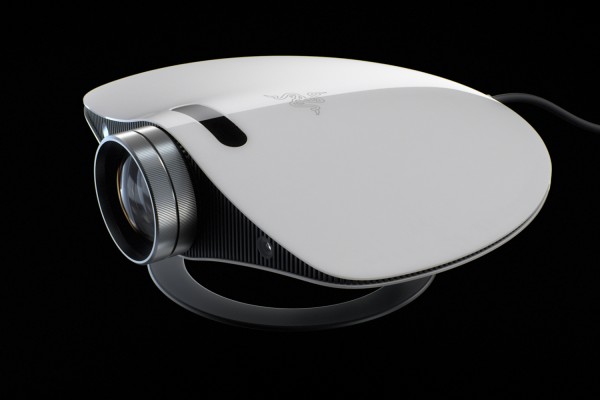 So how does this link back to Chroma? Well Razer wants to extend Chroma from multi-colour lighting to full blown video projection and this seems to be the first step. However, as with all of Razer’s CES prototypes, there is no guarantee that this will make it to market, either way though, it is certainly an interesting idea.

KitGuru Says: While I did quite like Razer’s triple monitor laptop design, I’m not quite as sure about this one. I like projectors, but I’m not sure how great the viewing experience would be having a game stretched out across all of your furniture and wall. Still, the idea is certainly intriguing, it will be interesting to see if this is something Razer is committed to releasing. Do any of you guys game on a projector? What do you think of Project Ariana?