Today, G.Skill announced that it would be hosting the two largest annual extreme overclocking events at Computex this year, the first being the 5th Annual OC World Record Stage and the second being the 3rd Annual OC World Cup 2016. There will be an all-star line up of professional overclockers in attendance from around the world ready to face off.

The G.SKILL OC World Record Stage event is 5 years in the running and has become the biggest annual event in the overclocking community. This year, G.SKILL will join forces with five leading performance motherboard partners, including ASRock, ASUS, EVGA,GIGABYTE, and MSI, and will aim at breaking as many overclocking world records as possible using the latest Intel processors- though that doesn't necessarily mean Skylake. Nvidia's GTX 1080 GPU, G.Skill's DDR4 RAM and Samsung's ICs will also be on the featured hardware list. 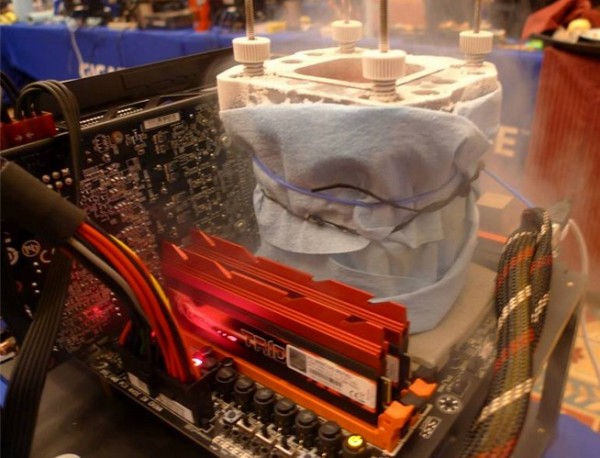 The second event on the list is the G.Skill OC World Cup, which will be running for a third year in a row. This competition offers the highest single cash prize in overclocking history, with six contestants showing off their LN2 overclocking skills on a live stage. The top prize here will win $10,000 along with a Kingpin Cooling Dragon F1 pot. Second and Third places will get $2,500 and $1,500 respectively, along with a 16GB kit of Trident Z DDR4 memory. Fourth place gets $1,200 while Fifth place gets $1000.

This will all be kicking off at Computex, which is taking place over the first week of June.

KitGuru Says: These will be two pretty big events and will hopefully bring several new world records to the table. Do any of you follow extreme overclocking at all?