As you might expect at Antec’s booth at Computex, there’s a lot of cases on show, including its new P380. What you might not have expected though, is a bunch of mobile products being promoted by a fully Antec stickered Ferrari. 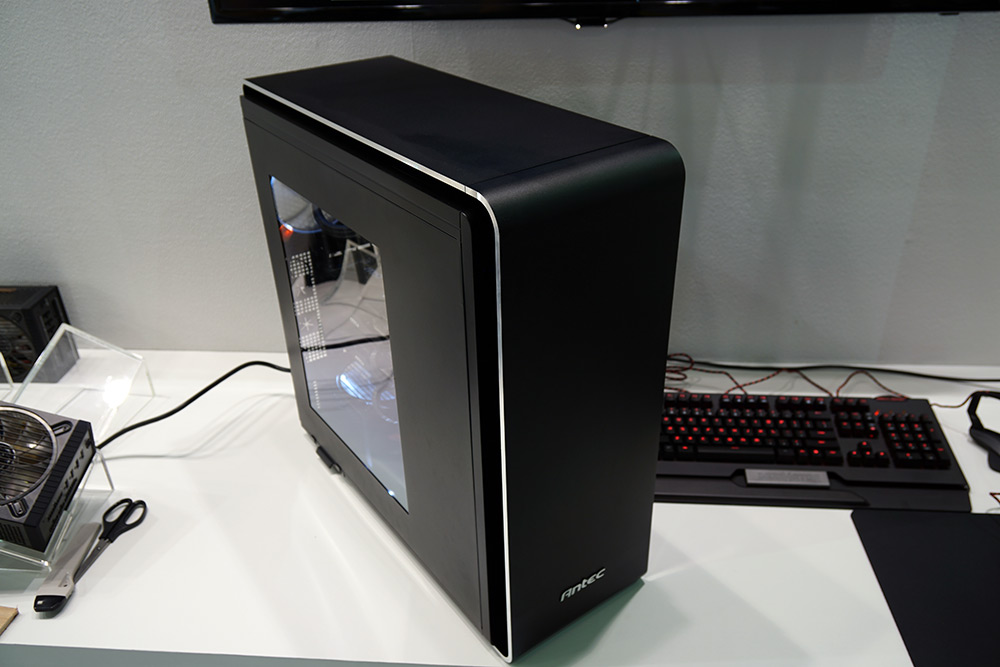 Going for an incredibly clean look, the P380 has a lot of interior space and a massive rack for hard drive space. It also makes sure that the PSU has plenty of breathing room, with enough headroom in the ceiling to mount a double radiator. 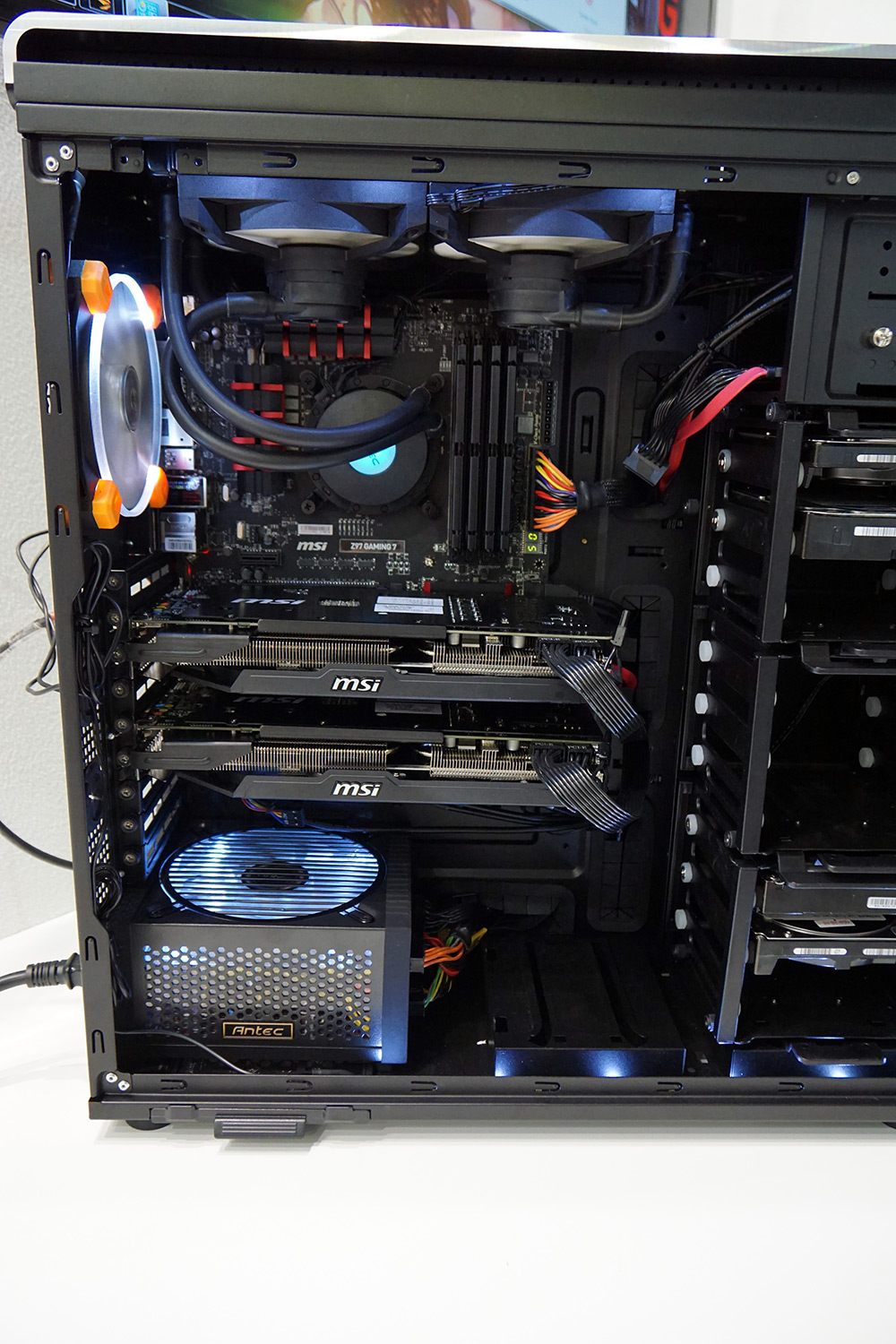 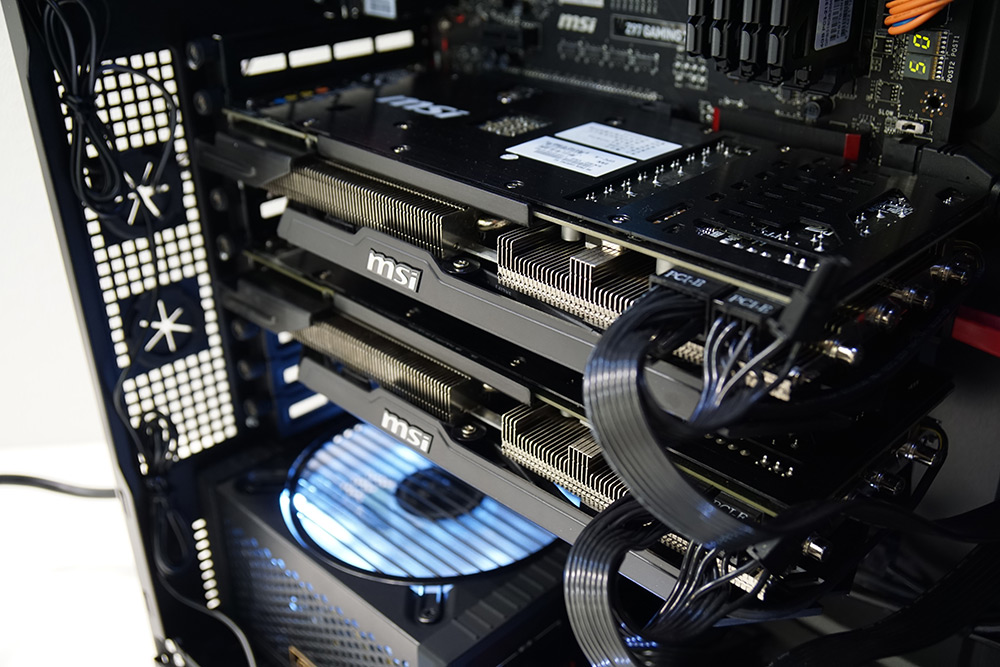 Alongside this chassis, Antec has been showing off its new TrueQuiet 120 UFO fans, which operate in two modes, both of them silent and a new prebuilt watercooling unit.

There was even a PSU on show that we and many others gave a thumbs up for.

The big centre piece of the Antec booth though, was the Ferrari kitted out in so many Antec stickers, you’d have assumed it built the thing. 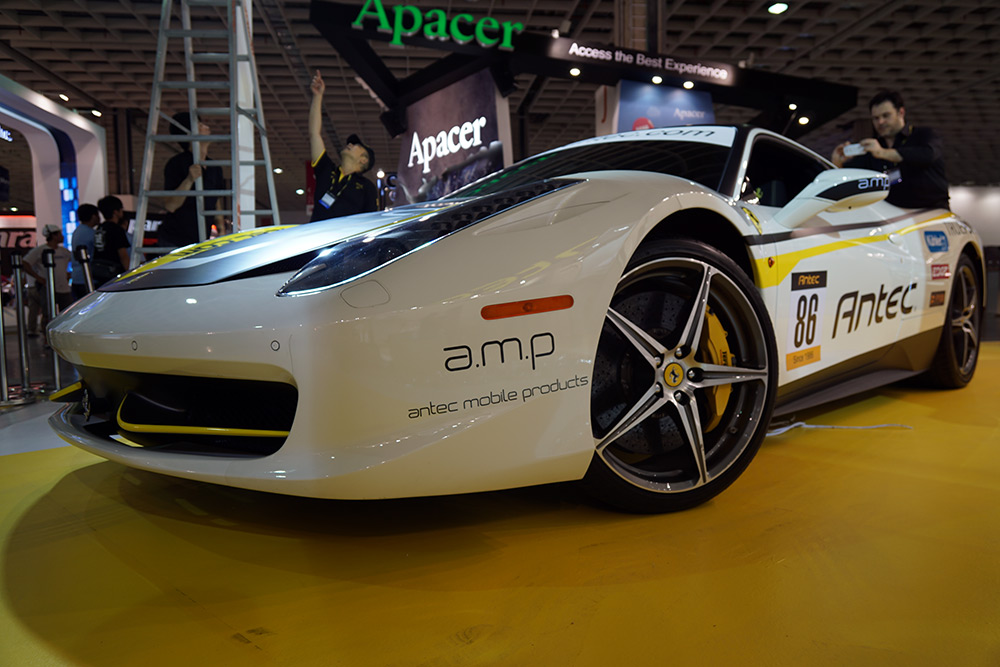 This no doubt expensive rental was all to showcase Antec’s new mobile product line, which features headphones, portable speakers and small MP3 players. 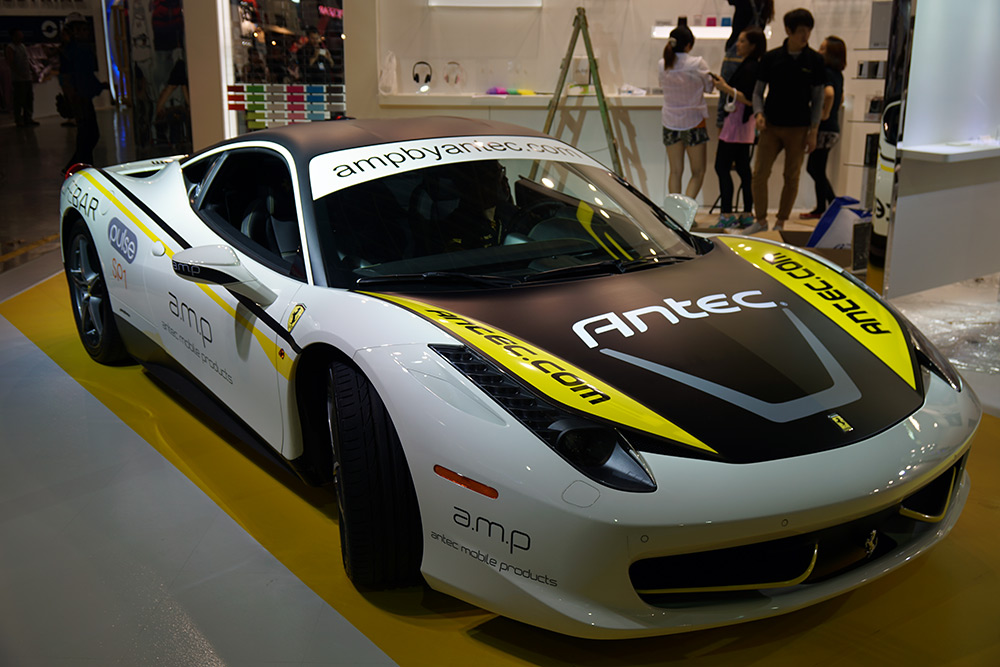 KitGuru Says: Any of you guys making the trip to Computex this year?