Home / Channel / General Tech / Internet Trouble? Here’s How to Find the Source of the Problem

Internet Trouble? Here’s How to Find the Source of the Problem

In most places in the world, ISPs are the gatekeepers to the wider internet. If their systems are having issues, users suffer. If they choose to restrict or block access to certain sites and services, there's little choice but to accept it without a VPN. When they have disagreements over traffic management issues such as peering, customers pay the price. And in many places around the world, the local regulatory environments don't produce any significant pressure on major ISPs to do a better job of providing service or to even keep customers informed about what's going on. 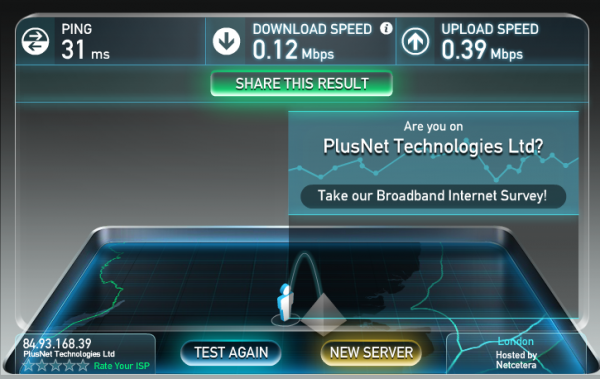 It's very common for customers to contact their ISPs when there's a problem, only to receive incomplete or confusing explanations, or worse, outright misinformation. That was certainly the case in recent days when Australian ISPs were ordered to block a variety of sites in the immediate aftermath of the New Zealand terror attack. Confused customers were given various explanations for the block, ranging from blaming the sites themselves all the way to offering vague suggestions that it was outside of the ISPs control (which in this case, it was).

Still, the frequency of these kinds of problems means that it's up to users to educate themselves about how their connection to the internet works, and how to figure out where any problem they might be experiencing truly lies. To help, here's a guide on how to troubleshoot network issues, with the goal of identifying which part of the data transmission path is causing the problem.

When having internet connection troubles, the first step in troubleshooting is to restart all of your equipment. Begin by rebooting your modem or router, followed by any intermediate devices like switches and hubs, and then the internet-connected device itself (PC, Tablet, Phone). If that doesn't resolve the problem, the next thing that you'll need to do is figure out the IP address of your network's default gateway (the address of your ISP's modem or router), which will allow for further testing.

To make sure the issue isn't being caused by your internal network; the next thing to do is to take the default gateway IP address you found in the previous step and make sure your device can reach it over the network. To do that, you can use a combination of some built-in network tools like ping or traceroute to verify that nothing is blocking your device's connection to the gateway device. If everything looks good there, you've now established that your problem is happening either at the ISP-level or beyond. Next, you'll want to figure out which.

Narrowing Down a Network Issue

The problem users face when troubleshooting external networking issues is that the internet is a vast and complex interconnected network where there's no one set path to or from anywhere. For that reason, figuring out the source of a traffic slowdown or blockage is like calculating your travel time to a destination without choosing your route first. That means that the best you'll come up with is an estimate of where the problem lies, but one that's close enough to decide on a next step.

To troubleshoot access to a specific website, the easiest thing to do is to turn to the same traceroute tool you used earlier. Just substitute the address of the site you're trying to reach into the command, and the tool will then follow the network path until it reaches the correct server (or doesn't). In this case, what you're looking for is what leg of the data's journey is either timing out or taking too long to complete. If the timeouts are in the first few hops or show addresses with your ISP's name in them, you have your answer. If the problem is further along the path, it could be an issue with the website itself or some other network problem beyond your ISP's control.

Sometimes, slowdowns point to some systemic issue with your ISP's network. That's what's happening right now for an untold number of Vodafone's customers in the UK. If you find yourself conducting the troubleshooting steps here often, you may be facing a similar systemic issue. When that happens, according to the UK's Simply Switch broadband, it's time to find a new provider that knows how to manage and maintain their network. You may also want to try using a VPN service to see if the slowdown you're seeing is the result of traffic shaping and throttling by your provider, which would also be more than enough reason to switch.

Put simply, no matter where you live, internet connectivity issues will occur from time to time. That's the nature of the internet. When you're dealing with an ISP that's at the root of your problems, though, that's not something you should have to accept. If you're able to master the troubleshooting skills discussed here and perhaps even some more advanced techniques, there's a good chance you'll be able to make a more informed decision when it comes to switching ISPs, or at least know what to tell the customer service representative when you call to complain. Either way, arming yourself with the right skills is the best way to take the power out of the hands of your ISP and put it where it belongs – in yours.