Home / Channel / General Tech / How does a Battlestar survive a Cylon nuclear strike?

How does a Battlestar survive a Cylon nuclear strike?

We know. KitGuru should be 100% focused on delivering all the (tech) news and more in a hardcore, serious way. But, every now and then, we stumble across some information that's so intriguing that we feel the need to share. This is one of those times.

Anyone who's followed science fiction over the years will have seen space battles of epic proportions.

While phasers, pulse canons and hand blasters sound dandy and we're all quite sure what they do, we don't really have a frame of reference.
Not like a good old fashioned nuclear detonation. Now THAT's something we can visualise quite easily.

Clearly they are devastating, but how do space ships like the Battlestar Galactica take a nuclear licking and keep on ticking?

One of our readers had that question in mind while watching the re-runs on Sky 2. They researched and found a surprisingly useful web site that does the physics for you.

In space, there's no ‘blast‘ from the detonation, because there is no atmosphere to carry the pressure. So let's not worry about that.

Next we have serious radiation, but the ship in question is flying through all sorts of X-Rays, Gamma Rays and the like all the time, so we can assume it's heavily shielded.

Which leaves the pure heat itself – which will dissipate quickly in space, cos space is cold, right? 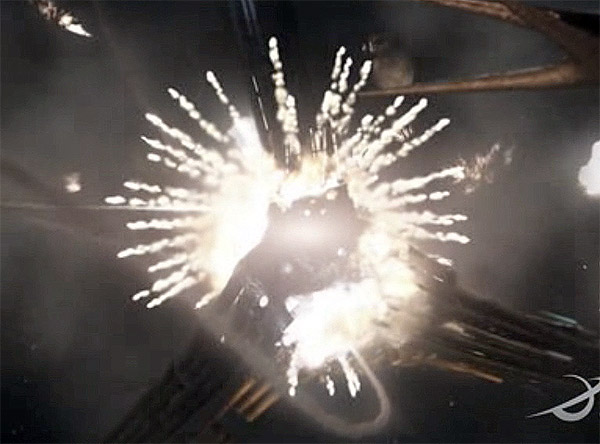 If anything, a space Nuke is at least pretty

The answer lies in a really cool page that has been created from the work of a Winchell Chung. You can find the baseline info here, but the cool stuff is on this neat page.

Assume a spherical bomb, you can leave the shape info untouched, while ramping the yield up to 10 megatons by adding 2 zeros.

Next, choose Titanium for the ship's armour and – finally – press the ‘Fire Nuclear Missile' button.

If the 10 megaton Cylon warhead detonates right up next to the Battlestar, then heat alone will melt away 1 metre of titanium armour.
Impressive, but no where near enough for those nasty Cylons to claim victory with their heat-based weapons. 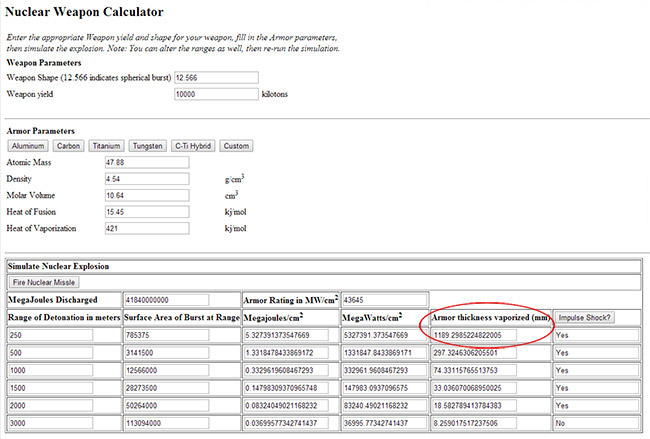 KitGuru says: It seems strange to be talking about ‘Surviving a nuclear strike when you're standing less than 100m from the explosion, but for as long as man has been making weapons – other men have been creating defences. So, maybe, we will live in a time where war spills into space and a nuclear detonation is not fatal.

Fancy yourself as a star ship designer?  If you have an opinion on how much armour is needed, then head over to Facebook and let us know.

Previous Release of Mac Pro did not help Apple to sell record amount of Macs
Next Devs still struggling to hit 1080p, 60fps on both next gen consoles