The world of Digital SLR cameras is ever changing and the battle between leaders Canon and Nikon looks set to heat up in 2014. In recent months Nikon released their D4 camera into the high end professional market and it has been well received.

At CES, behind glass doors, the upcoming Nikon D4S was on show although details on the camera have not been officially announced yet. The body looks identical to the Nikon D4 as expected – apart from the ‘S’ moniker on the front.

If we look back at the Nikon D3 and D3S cameras we would expect the speed to be improved – from the current 10/11 frames per second burst rate. If so, that will be impressive, although again this has yet to be confirmed by Nikon. 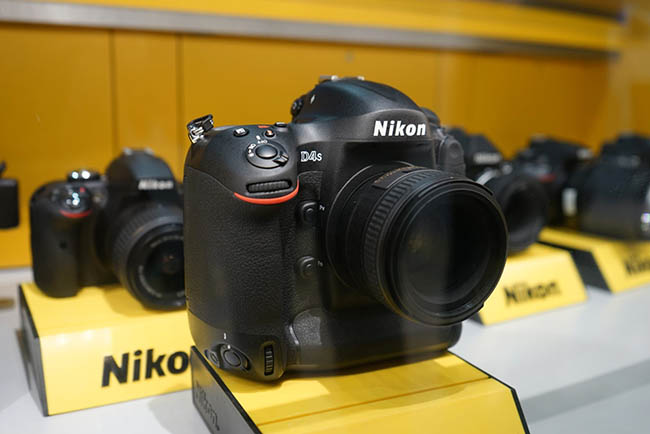 No news on the D4X, which should be a super high resolution camera, to replace the D3X flagship, which Kitguru still uses for many of our high end reviews.

Kitguru says: Nikon or Canon? it really is hard to go wrong if you have thousands of pounds spare in the bank.