People are using more devices than ever before. It's not uncommon for someone to own a smartwatch, smartphone and wireless headphones. This makes life more convenient for a big part of the population. Something, however, that isn't so convenient is charging said devices – to combat this, Logitech has unveiled its new wireless charging 3-in-1 dock.

Known as the Powered Wireless Charging 3-in-1 Dock, Logitech claims this new dock is able to charge an iPhone, an Apple Watch, and AirPods at the same time, as AnandTech reports. The charging dock is designed with “two triple-coil surfaces” that each can deliver up to 10 W of power – a “knob” is also included with the capability to charge an Apple Watch delivering up to 5W for a total of 25W.

According to the article from AnandTech, Logitech says that its Powered-series devices are designed with many kinds of protection built in, including protection from overcharging and overheating, as well as ‘foreign object detection'. 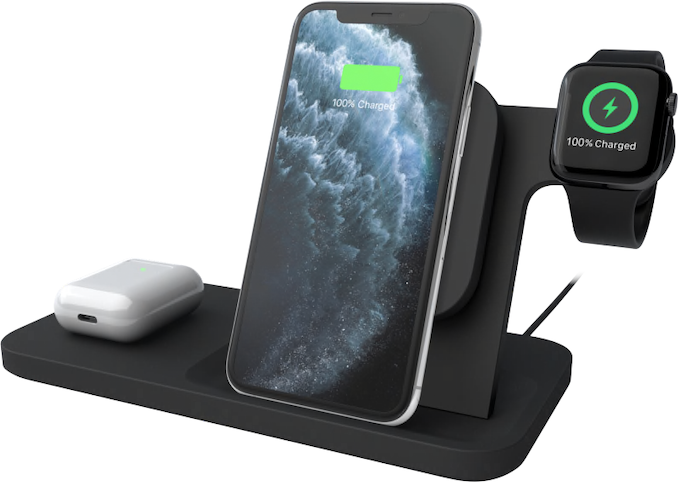 The dock is compliant with the Qi-specification, so anyone with a Qi-compatible device can use the charger seamlessly. The two 10W surfaces are also designed with the capacity to charge two smartphones using the regular phone stand, and the additional ‘pad' designed for TWS earphones or other devices.

Logitech's Powered wireless charging 3-in-1 dock comes in graphite or white colour options, and it is made using both polycarbonate and silicone materials. The priced has been confirmed at $129.99, or about £100.

KitGuru says: Do you use a wireless charging dock? How's your experience using it so far?