It's no secret that semiconductor factories are expensive, with companies often pouring billions upon billions into new plants. However, 2021 looks to be a record-breaking year, with an expected growth of 24 percent.

Back in 2011, it was estimated that semiconductor equipment reached sales of $41.8 billion – a number that has since grown more than 50 percent. Even though the semiconductor market has grown substantially in the past ten years, it doesn't mean that the growth has been constant – 2019 saw an eight percent dip while 2020 is expected to see a four percent decrease YoY. 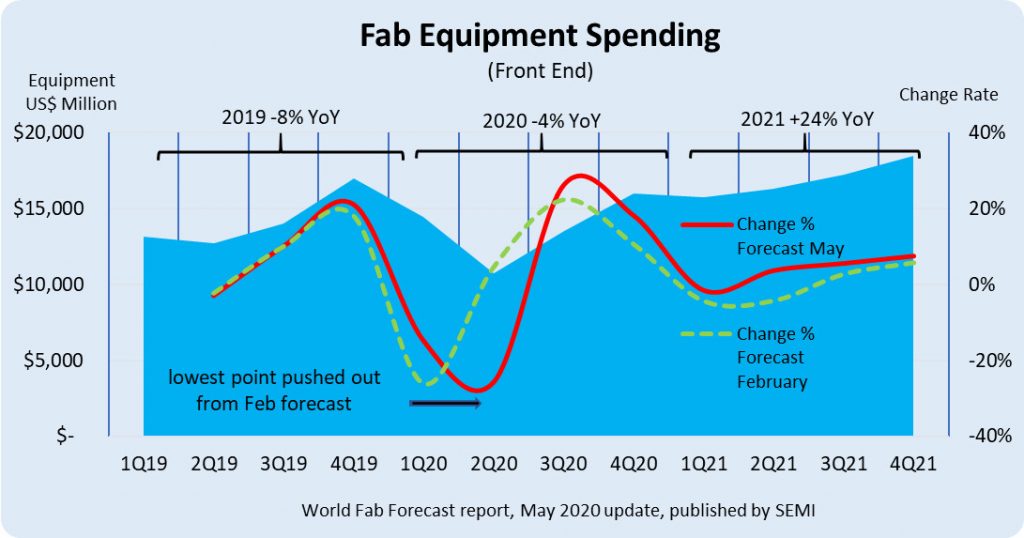 According to SEMI, it's expected that 2021 will see all product segments grow, and memory fabs are expected to spend the most, reaching $30 billion. The sector for image sensors is predicted to see an 60 percent increase in 2020, followed up with a strong 2021 with a further 36 percent growth.

In spite of worldwide spending on semiconductor factory equipment decreasing 15 percent in the first quarter of 2020 (QoQ), it's looking like things are on the up. If the forecast from SEMI holds true the market for semiconductor equipment is heading towards a bright future.

KitGuru says: What do you think are the main factors driving the predicted growth of spending on semiconductor equipment?