Google and Amazon have had a rather public spat for the latter half of the year, with each pulling support for one another. Now, the companies seem to be making some form of progress on a resolution, as Amazon has announced that it will be selling Google’s Chromecast again as well as Apple TV.

This was confirmed by CNET, in which an Amazon spokeswoman told the publication that she “can confirm that we are assorting Apple TV and Chromecast.” This is a particularly surprising move for the company, as both the Google Chromecast and Apple TV are direct competitors to Amazon’s own Fire TV brand.

Both of these products were pulled from Amazon’s shopping place in late 2015, in which the company stated the lack of Amazon Prime support as its primary reason to “avoid customer confusion.” This is all the more confusing considering Amazon is the one responsible for developing Prime apps for other devices, which it somewhat did, finally, for Apple TV earlier this month. 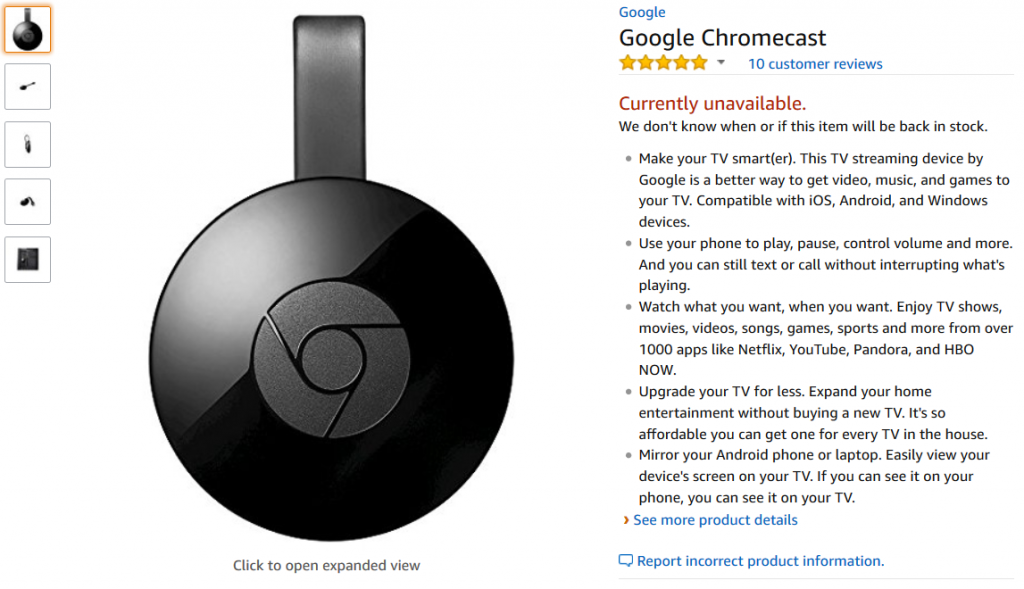 All variants of devices from both the companies are still currently unavailable, but listings have been created by Amazon, which intends to go live with them shortly. Among the listings is the 32GB version and the 64GB version of Apple TV 4K as well as a standard 4th-gen Apple TV and Google’s Chromecast and premium Chromecast Ultra.

This is likely to have paused Google’s plans to remove its YouTube application from Amazon devices as the company states that it is “in productive discussions with Amazon to reach an agreement for the benefit of our mutual customers,” and “hope[s] it can reach an agreement to resolve these issues soon.”

KitGuru Says: This is a wonderful sign for customers and fans of all three companies, as they might no longer be caught like a child between two fighting parents. It’s never fun being stuck in the middle. And props to Amazon for handing out the first public olive branch on this one.