ASUS and its Republic of Gamers brand have made impressive strides in the display market since 2015, managing to take the title of “World Leader” in sales for the fourth consecutive year. The firm is currently running its own giveaway in celebration of the news, offering up a number of gaming monitors to a few lucky winners.

Independent researchers at TrendForce’s WitsView observed the market, revealing in an end-of-year report that ASUS ROG has once again garnered the highest market share in the gaming monitor sector. This marks the fourth year in a row, following 2015, 2016 and 2017 that the company has taken the crown.

The report attributes the achievement to the rising trend in high refresh rates, with 100Hz+ adoption effectively doubling throughout 2018. ASUS ROG has remained a leading source of high-end monitors thanks to its continued partnership in the esports and influencer communities.

Of note, Ninjas in Pajamas, Rogue Warriors and Refund Gaming all chose to sport ROG displays while at their respective tournaments in Counter-Strike: Global Offensive, League of Legends and PlayerUnknown’s Battlegrounds. Many more games are attempting to get a slice of competitive pie, resulting in many more opportunities for ASUS moving forward.

ASUS continues to be a frontrunner for innovative technology, from ushering in the world’s first consumer gaming display at 144Hz in 2012, to 1440p resolution Nvidia G-Sync monitors just two years later. Within 2018 alone, the company has managed to push into 240Hz, 4K HDR with 144Hz and bolster screen size up to 65 inches while retaining 120Hz refresh rate. It remains to be seen what the firm has in store throughout 2019, but bezel-less becoming an industry standard certainly seems likely. 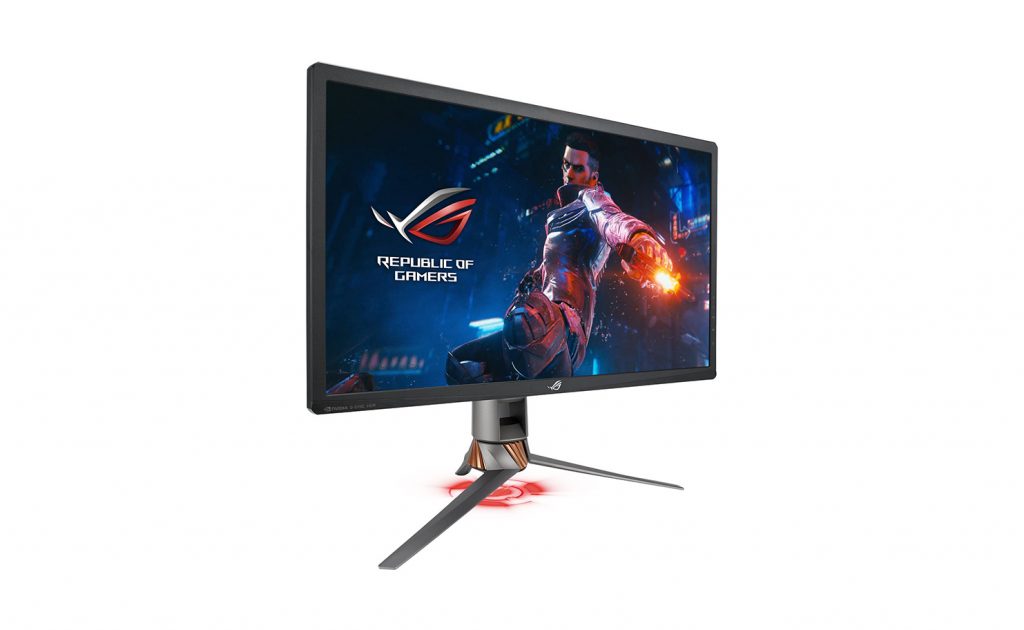 At the time of writing, Twitter users have the chance to grab an ROG Strix XG27VQ, however this could be swapped out for an ROG Strix XG35VQ should the post hit 11,111 retweets. Instagram users are already in the running for an ROG Strix XG35VQ with 38,825 likes at the time of writing. Should either post hit a staggering 111,111 retweets/likes, social media users will be in with a chance to win the top prize of a 27-inch ROG Swift PG27UQ, packed with 4K HDR G-Sync technology.

KitGuru Says: ASUS ROG has certainly done well for itself this year, breaching the smartphone market and maintaining a good grip on the GPU market too. It’s good to see that the company isn’t losing momentum, making me excited to see what’s yet to come in the following year.