Snapchat is known for its disposable nature of messages and images, or at least it was until it allowed recipients to forcibly retain messages if they choose. Now, Snap is giving control back to the sender, introducing a new ‘Clear Chats’ function that allows users to delete messages entirely.

Clear Chats can be activated with a simple long press on any message, media or chat, prompting a confirmation window that allows the user to delete the subject. This will then prompt all participants in the conversation that something has been deleted, although exactly what will remain a mystery if the message hasn’t been seen prior to deletion.

This applies to text, stickers such as Bitmojis, audio messages and pictures and videos from your Memories section, however this does not include pictures or videos that have just been taken. 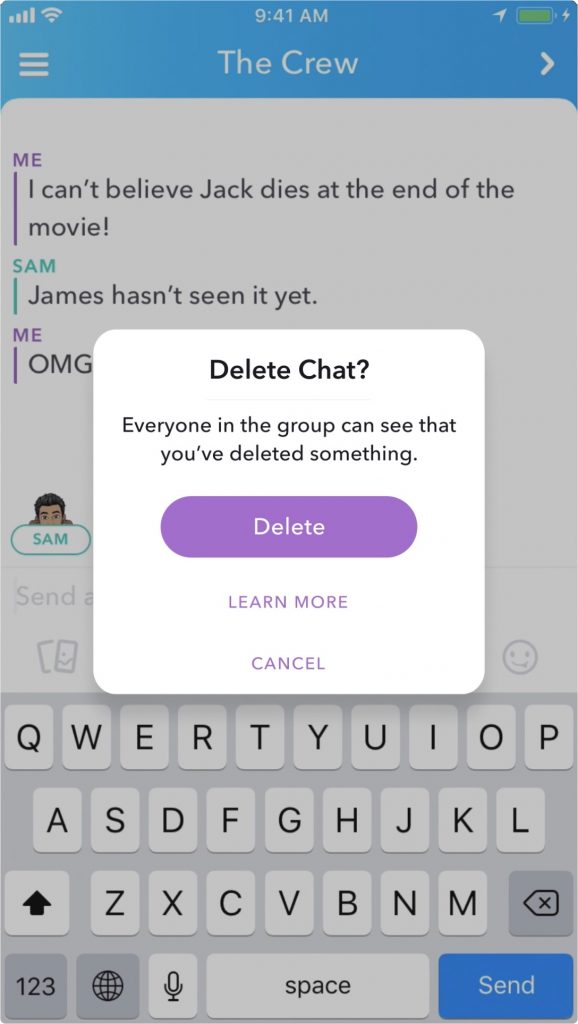 Although this could be used to correct typos, Clear Chats does not come with an edit function, meaning the only way to rectify a mistake is to type it out again. Clear Chats also doesn’t give the user the ability to delete screenshots, which are still hosted on the smartphone of the person taking the screenshot itself.

Previously, Snapchat offered the ability to ‘Clear Conversation’, however this option simply wiped the chat log from one end of the service, similar to Facebook’s ‘Delete Conversation’. Snap described the change as purposefully geared towards cleaning up typos within the chat and avoiding spoilers.

KitGuru Says: This feature is definitely geared towards me and my clumsy hands always sending Bitmoji stickers by accident. Will you be making use of the new Clear Chats feature?