Throughout November, YouTube has been experimenting with its advertisements, effectively doubling the entry requirement to watch content on the platform. Officially announced last week, “ad pods” showcase two back-to-back commercials in an effort to move away from interruptions in the middle of a video while retaining a similar level of monetary value.

Users across YouTube’s mobile and web applications will already notice the consecutive advertisements, in which an extra ad at the beginning grants just one break in the video instead of two. The move is a little more reminiscent of traditional television, which YouTube’s vice president of video global solutions, Debbie Weinstein, believes could potentially be the future. 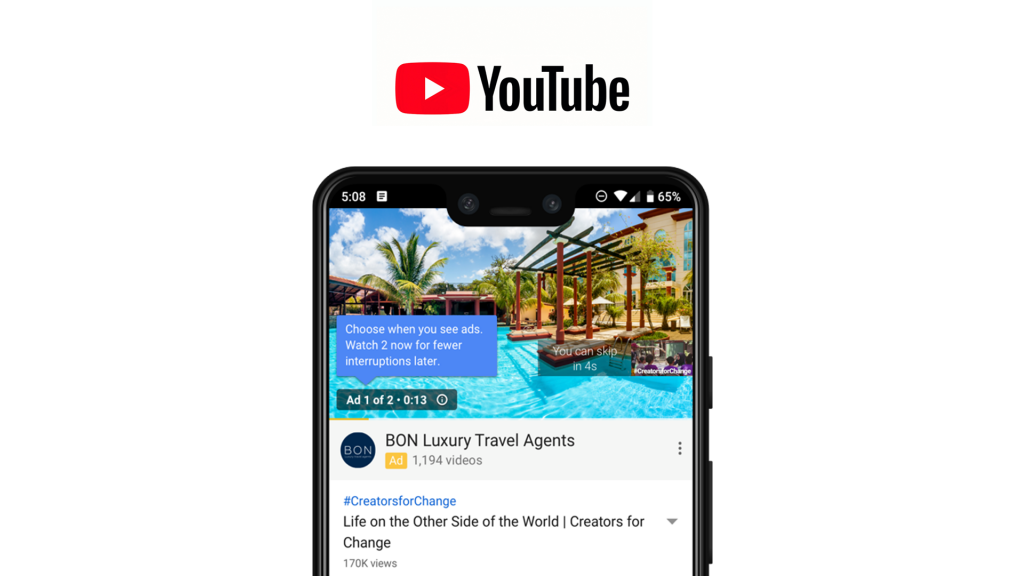 “YouTube continues to innovate and think about how we can make the ad experience as good as possible for the user,” Weinstein said in an interview with Ad Age. “While delivering value for the advertiser and make it a platform that is helping make money for creators. Users really like them. They prefer to be interrupted fewer times.”

There are plenty of people across social media that disagree with YouTube’s assertion, complaining that doubling the advertisements at the start is too jarring. Some outright left YouTube in favour of another task, while others suggest that the platform offer the option for different user preference in the future.

While there are many disgruntled at the increasing amount of ads on the platform, it’s a necessary evil for the platform to continue offering a free version. Alternatively, YouTube does offer a premium monthly subscription that does away with ads entirely.

KitGuru Says: I’m not the biggest fan of ads, I must admit, but I understand their role in keeping content free. Can you stomach the change or would you rather keep the two ads in the middle?