Streamlabs has teamed up with analytics firm Newzoo to showcase the state of streaming in the first quarter of 2019, comparing data from Amazon’s Twitch against competition from Google’s YouTube and Microsoft’s Mixer. Although Twitch firmly remains the industry leader, strong growth from YouTube Live could give investors something to worry about should the platform not innovate.

It’s clear that Twitch is still the frontrunner with an unmatched 2,693.1 billion hours watched in the first quarter of 2019, a 7% increase when compared to Q4 2018. Although it’s impossible to calculate YouTube Live’s growth since last year as data limitations have only just been lifted, the platform has managed to amass 24% of Twitch’s viewership and shows no signs of slowing down. 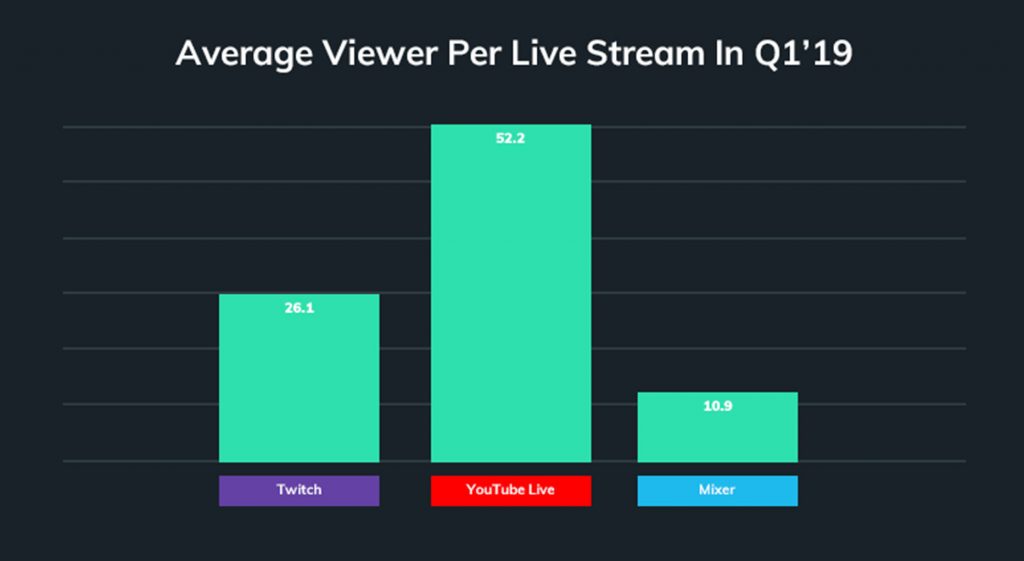 Considering that YouTube Live has the lowest amount of unique channels of all three platforms, this is a staggering feat which, combined with Twitch losing 9% of its viewers per livestream, could mean the beginning of the end. Still, this could be a way off for the king of livestreaming, as the amount of content on its service continues to grow year-on-year.

KitGuru Says: Many content creators consider Twitch to be oversaturated and much in need of true competition. With the backing of Google’s wealth, it’s not surprising to see such growth in YouTube Live, but it remains to be seen whether it will prove enough to beat Twitch in the long-run.