It looks like Intel may have revealed early specs for Thunderbolt 5. Recently, an Intel executive took some photos during a visit to the company's R&D facilities, one of which contained confidential information around the upcoming Thunderbolt 5 standard.

Gregory Bryant later replaced the tweet, removing the image with Thunderbolt 5 details in view, but Anandtech was able to preserve the photo in question before it was deleted. As per the photo, the next-gen Thunderbolt standard will be two times faster than Thunderbolt 4, reaching maximum speeds of 80Gbps. 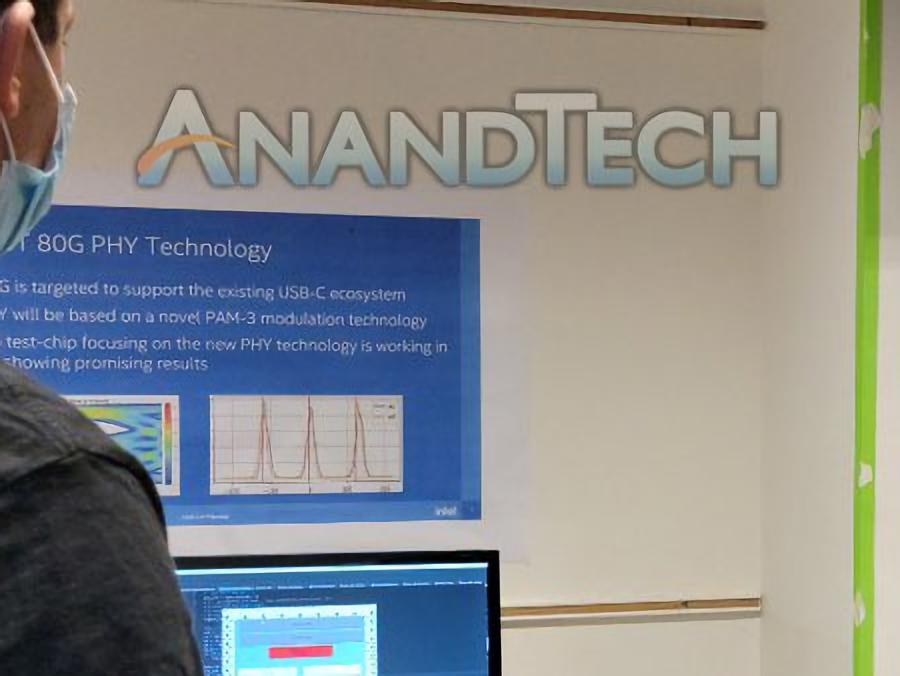 It is believed that Thunderbolt 5 will be twice as fast as its predecessor, and based on the photo, it looks like it will use PAM-3 modulation (pulse-amplitude modulation), paving the way for 50% higher data transfers compared to  NRZ (Non-return-to-zero). While the former will supposedly feature three amplitude stages, -1, 0, and 1, the latter only has two: 0 and 1.

The slide also suggests that Thunderbolt 5 will keep using the USB connector, maintaining compatibility with legacy devices without the need for adaptors.

KitGuru says: Perhaps we'll see Thunderbolt 5 later this year alongside the launch of Alder Lake for desktop. Either way though, it appears that Intel showed its hand earlier than it planned to.