Even though Microsoft's Kinect camera never really found a valid use for its 3D tracking capabilities in a gaming sense, it has been used in many interesting applications outside of that world. In one such example, researchers at Brunel University found that by using its ability to detect movement – or a lack thereof – Parkinson's patients that suffer with limb freezing can have it immediately corrected with the use of a laser.

Previous attempts to help Parkinson's patients with their freezing of gait (FOG) have involved attaching sensors and a mounted system for projecting a laser on the floor, which has been shown – in certain configurations – to restore the person's ability to walk or move. However this equipment can be bulky and its ability to detect a freeze isn't perfect. 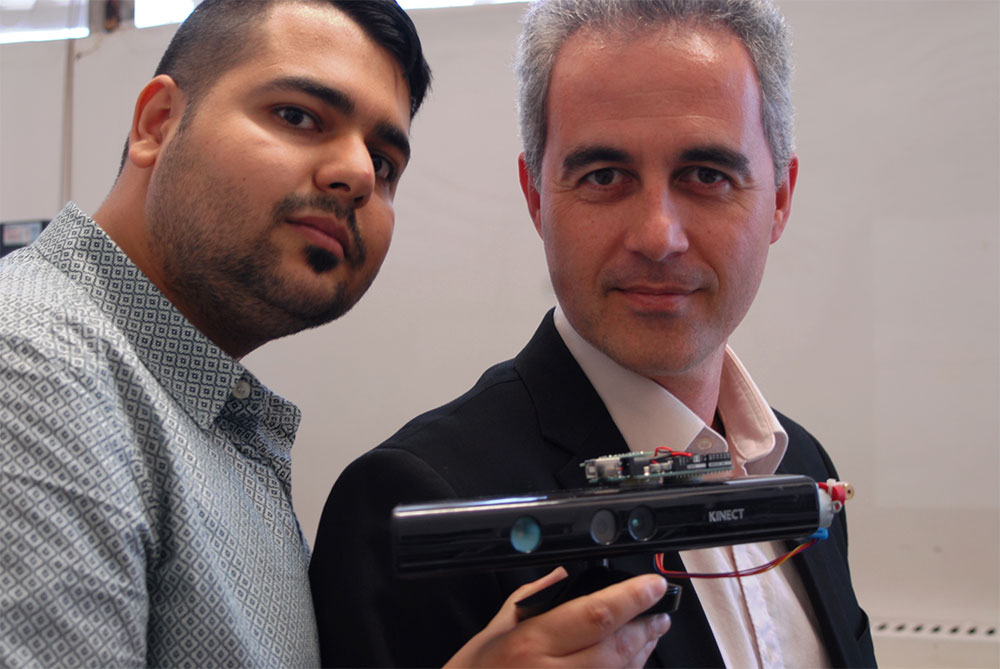 What researchers at the university have achieved however, is to mount a Kinect camera on the ceiling. From there it is able to track the movements of a Parkinson's patient as they move around the space and notify the system when a freeze occurs. If that happens, a similarly ceiling mounted laser can be triggered, to project the necessary lines to restore normal movement.

However, in the event that the freeze happens mid movement and a fall occurs, that same Kinect system can detect the fall and trigger a VOIP call to a loved one or physician to make sure that medical attention – if needed – can be obtained as quickly as possible.

“By mounting the laser guide marker on the ceiling it can provide the visual clues in any direction. And it is only activated when a FOG incident occurs instead of having to be worn constantly,” said lead researcher, Dr Konstantinos Banitsas.

“The system has already passed proof of concept stage and we will shortly begin patient trials.”

KitGuru Says: This sounds like a pretty innovative set up. It could get quite expensive if installed in each room however.