Nintendo wants to get into the stat tracking business, with a brand new piece of hardware that sits by your bedside and keeps an eye on you while you sleep. Not with a camera mind you, but with sensors that can detect the quality of sleep you’re having, as well as how long for and a number of other stats to help give you advice on how to improve the quality of your sleep.

This is certainly a different tack than is being taken by a lot of wearable manufacturers, which are offering the same sort of sleep tracking, but through a wrist mounted bracelet or similar device. Presumably, Nintendo has decided to sidestep some of the issues with wearables – battery life, fashion, comfortability – to offer a simpler product that can perform its function day in, day out without getting in your way or on your nerves.

Information from the device will be sent to the cloud for analysis and can then be viewed by you to give you ideas of how to give you a better night’s sleep. 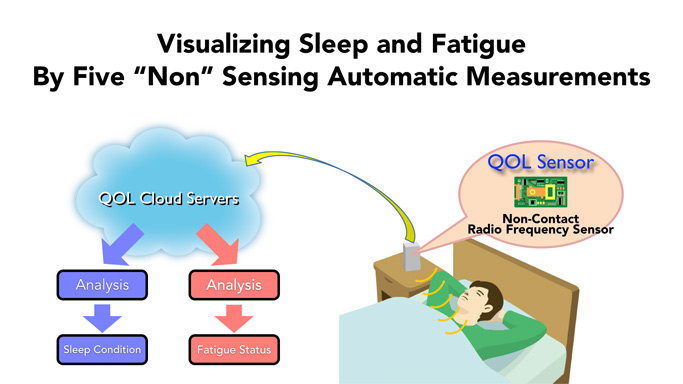 “Fatigue and sleep are themes that are rather hard to visualise in more objective ways,” Nintendo president Satoru Iwata said in a briefing to investors. “At Nintendo, we believe that if we could visualise them, there would be great potential for many people regardless of age, gender, language or culture.”

This isn’t something that Nintendo is just talking about either, but is already planning to move forward with. To produce the sensor, it will team up with American medical firm ResMed, which already has experience in the tracking and treatment of sleep disorders. It’s also developed its own non-contact tracking system, which Nintendo will no doubt use as part of the product.

There’s been no real word on when the device will be available, or how much it will cost, but there are suggestions that it could come out around 2016.

KitGuru Says: I’m not really sure why Nintendo is getting into sleep sensors, but I’d be interesting to see if it can make a way for it to be incorporated into a game somehow.